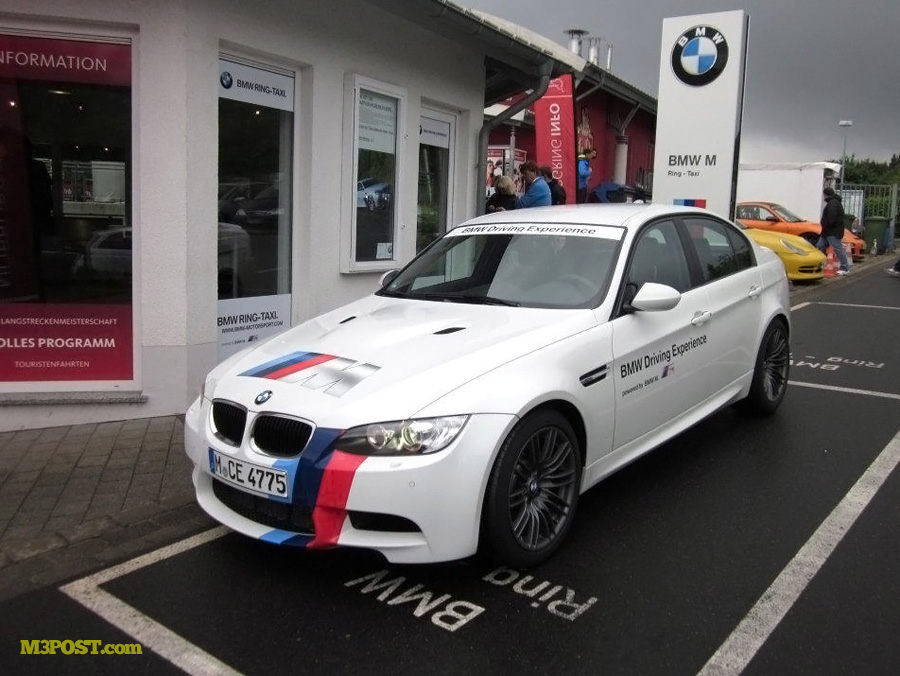 The Nurburgring is hailed the Mecca for all people who are petrolheads, performance enthusiasts, aspiring racers or speed freaks.

Obviously, if you’re at all serious about your driving, you have to go to the Nurburgring at least once in life.

If you don’t really own a car that’s fit for the job or if you don’t want to trash your own vehicle in such difficult conditions you’re in great luck and you should be thanking BMW.

For several years now, the Bavarians have been funding a project called the ‘Ring Taxi. The Nurburgring Taxi won’t let you experience driving “the green hell” first hand but it will give you a bloody good idea of how scared you should be of it.

Lately, Nurburgring Taxi duties were handled by the BMW E60 M5 but that’s not going to happen any more.

First of all, BMW stopped producing it quite some time ago and second of all there’s been quite the change of direction for this program happening.

The big and very powerful BMW E60 M5 was replaced by a smaller but still very powerful E90 BMW M3 and there is a new “cab driver” in town.

Previously known Sabine Schimtz, possibly one of the biggest names that comes to mind when talking about the Nurburgring will no longer be sitting behind the wheel.

Instead, the people who make you scream your lungs out while going round the Nurburgring will be some of BMW’s very own Driving Experience school instructors.

Surely they are more than capable of handling the Nurburgring and the BMW E90 M3, but it just seems that little bit less impressive as an overall effort.

After all, Sabine Schimtz is known as the “Queen of the Nurburgring” and “The fastest Taxi driver in the world” for a reason. 10 years of her life were shared with the living experience of driving a BMW M5 at work every day.

Also considerably impressive from Sabine’s side is the incredible number of more than 20.000 Nurburgring laps she did.

The E90 that will take up duties soon is pretty much your standard BMW M3 with the company’s racing colors. This means that the fastest taxi in the world is powered by a 4.0 liter V8 engine which develops 415 horsepower and 295 lb-ft of torque.

All the grunt is sent towards the rear wheels via a six speed gearbox that’s available in manual or M-DCT dual clutch automatic mode.