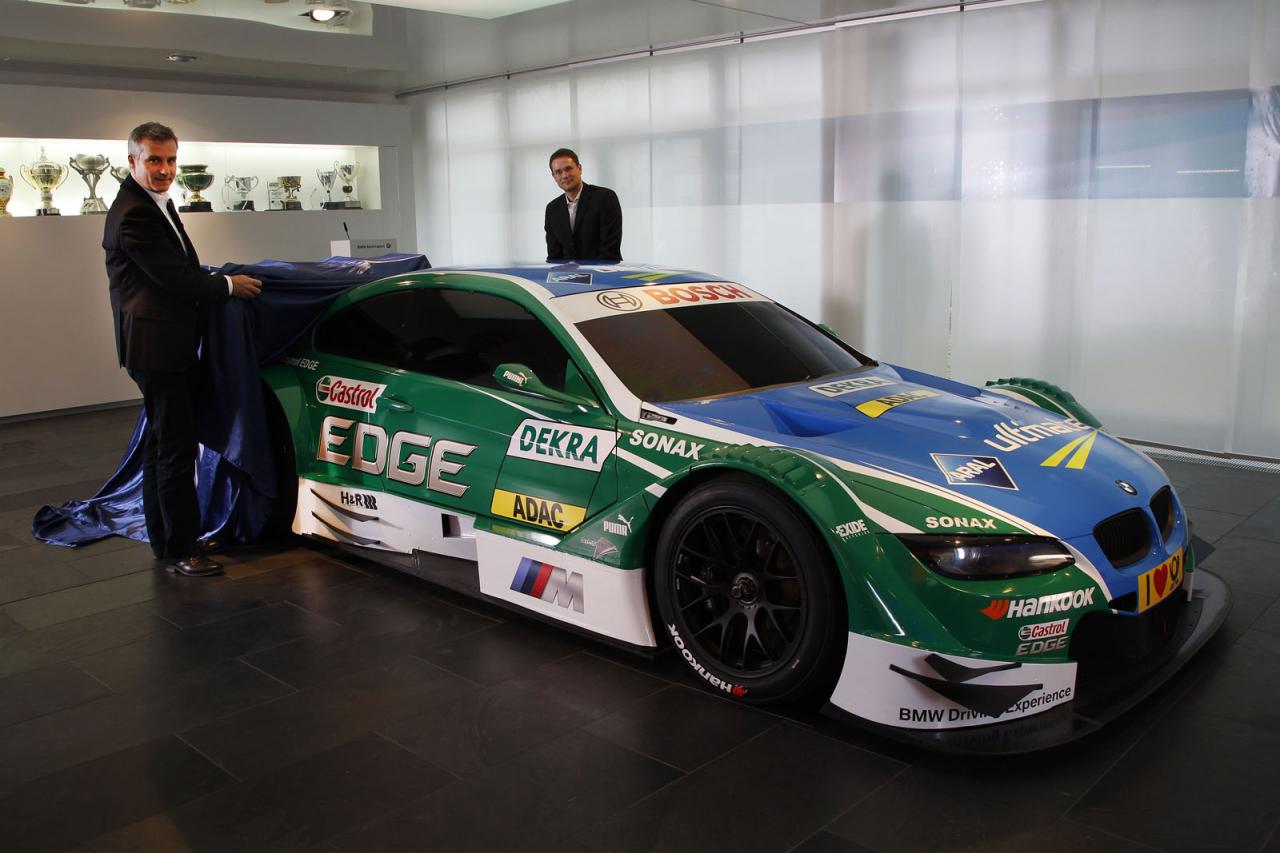 BMW’s return to the German Touring Car Series is a big deal so their newly unveiled M3 DTM is grabbing headlines left and right.

Since the original unveil, there’s been nothing really done to the headlines and stats of the BMW M3 DTM and it’s still impressive.

The real importance of the newly launched car is the new color it’s available in. We’re looking at a two tone green and blue livery that comes from Castrol EDGE and Aral Ultimate.

Interestingly, the two main brands sponsoring this particular uber coupe are both in the business of engine lubricants, with the brands in question being the high performance choice.

Under the new quite striking skin we’re looking at a custom suspension setup and some subtle aerodynamic tweaks, the sort each team makes to their own car.

This is what sets teams and drivers apart in a championship where BMW is pushing six of these identically powered vehicles to the grid.

That power comes from BMW M3’s V8 engine which gets a racing tune in order to develop some 480 horsepower, even with an air restrictor involved.

In this spec, the BMW M3 DTM Castrol Edge can go from 0 to 62 in somwhere around 3 seconds and it will quickly get up to a top speed of 186 mph.

Things are looking particularly good for the DTM season as starting this year everyone is going to try and fight for the title like there’s no tomorrow.