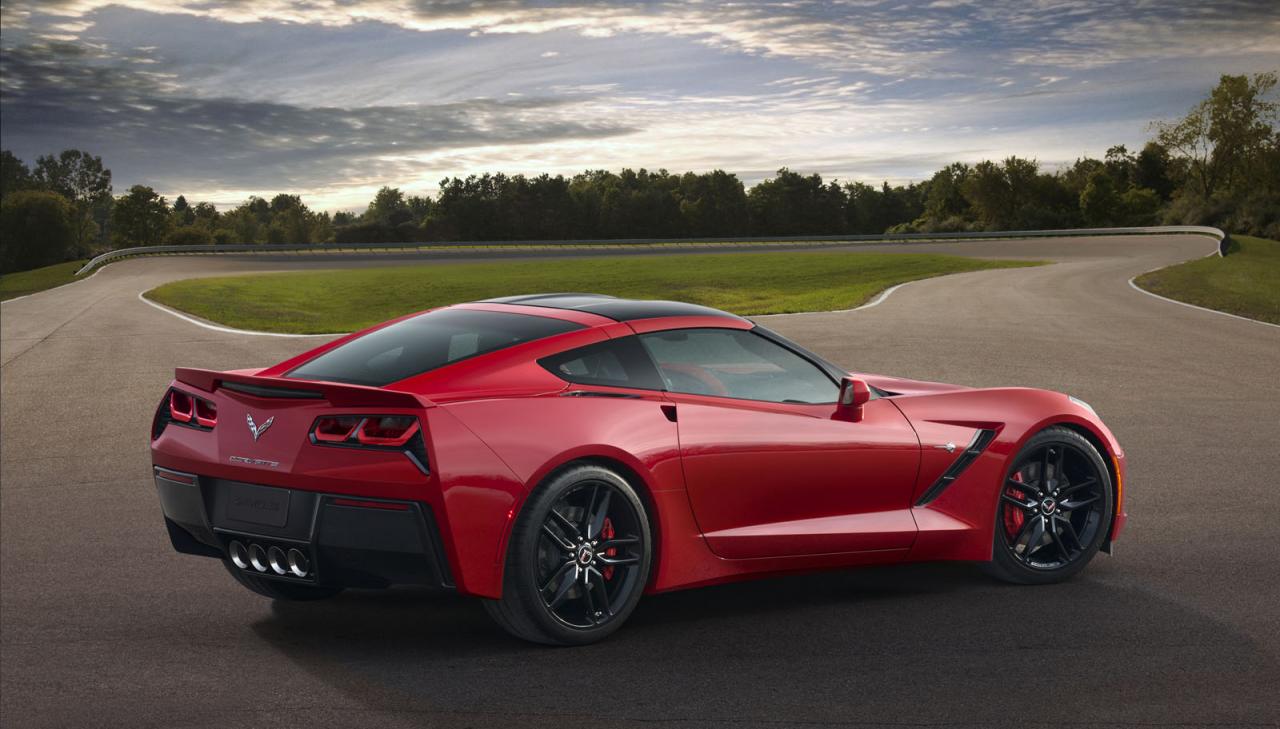 The Americans from Chevrolet finally released performance figures for the new Corvette Stingray. Under the hood sits a 6.2-liter V8 engine producing 455 horsepower and 624Nm of torque which makes the 0-100 km/h sprint possible in less than 4 seconds.

You can boost the total output to 460 horses and 630Nm of torque if you order an optional package while fuel economy figures are rated at 26mpg (highway).

In order to improve the fuel consumption, the massive V8 powerplant benefits from a cylinder deactivation system capable to shut down cylinders when full power is not needed.

“The 2014 Corvette Stingray’s LT1 engine is a triumph of advanced technology, delivering more power and torque than ever before with greater efficiency,” says the company.

As you probably know, the new Corvette Stingray goes on sale this year with prices starting at $52,995 for the Coupe version and $56,995 for the open-top model.]