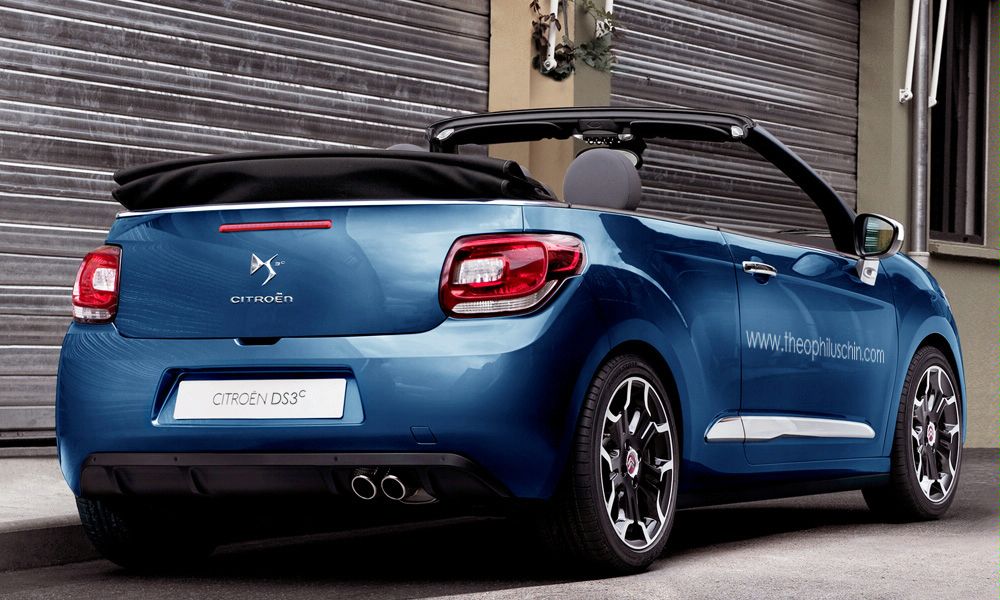 Here are some renderings for the new Citroen DS3 Convertible, a model which is scheduled to make its first appearance at the upcoming Paris Motor Show.

The French event will open its gates later this year, namely in September. Of course, the open-top DS3 will go on sale somewhere next year along its coupe version.

Under the bonnet we should find a 1.6-liter diesel offering 108 horses while a more potent 1.6-liter gasoline unit with 148hp will enter the range as well.

The new DS3 Convertible could be named Airflow and will most likely feature a fabric roof with a roll-back mechanism. According to the current rumors, the DS3 Convertible would borrow Fiat 500C’s system instead of an electric folding one.

More details about the new French model along with official photos, availability and pricing information will be released next month at Paris.