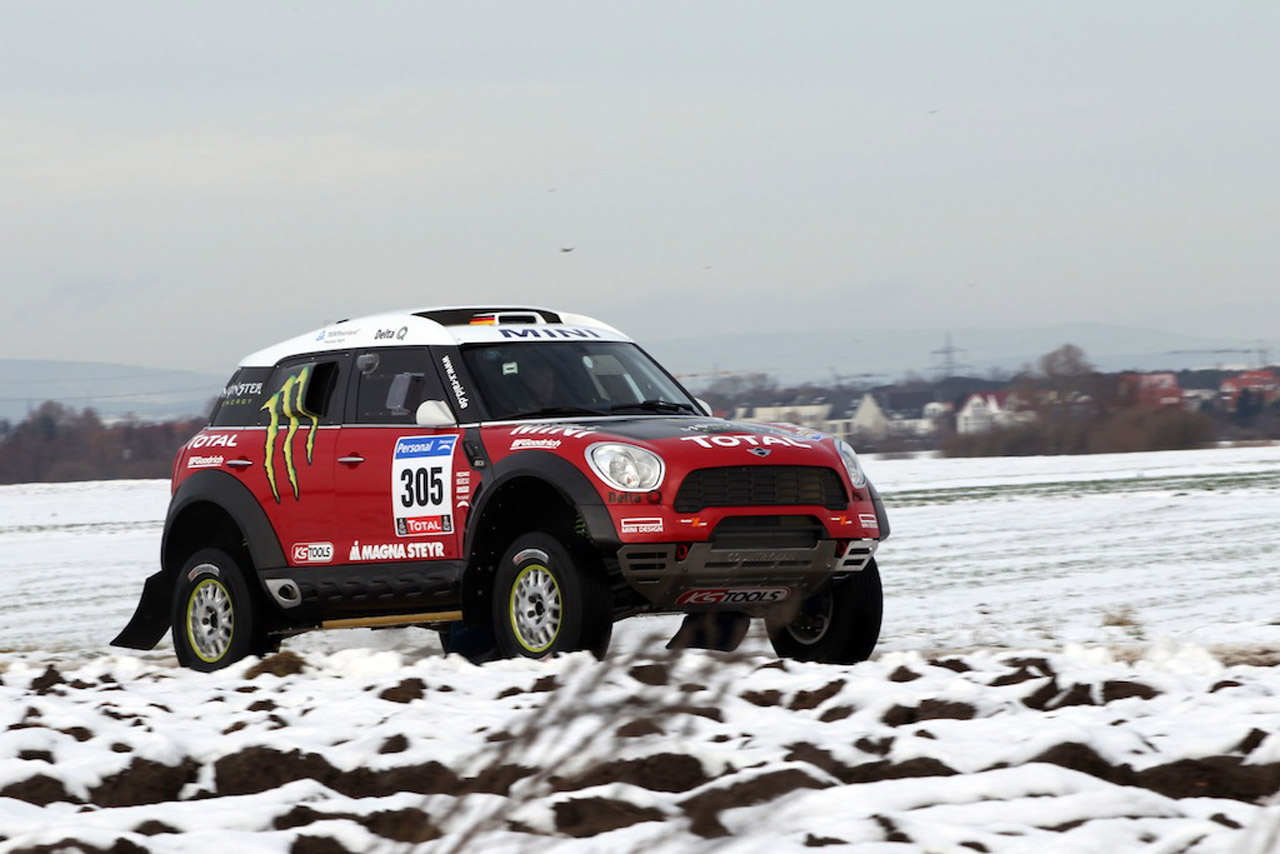 When we first got wind of the Mini Countryman that was being developed to run in the Dakar rally, the car was mostly still in boxes.

This time however, since it’s already out there running some serious testing, I’m getting the feeling that the Frankenstein-ish Mini Countryman is ready to go rally.

According to the X-Raid team, the people that made it, it’s more than ready. The initial renderings we had available weren’t exaggerated in any way shape or form. This is the real deal and you have to admit it’s not far from what they showed us then.

In fact, how could it possibly be different since that image release was less than a week ago. The full name of this off road monster is the X-Raid Mini Countryman All4 Racing version.

The action pictures of the X-Raid’s Mini Countryman prove the British based off-roader is ready to tackle all sorts of terrain but given that it will be racing in South America I doubt the driver will encounter that much snow.

Heck, I’m pretty certain this is some punt at global warming or just X-Raid’s way of saying that a British car wouldn’t feel at home in a warm climate.