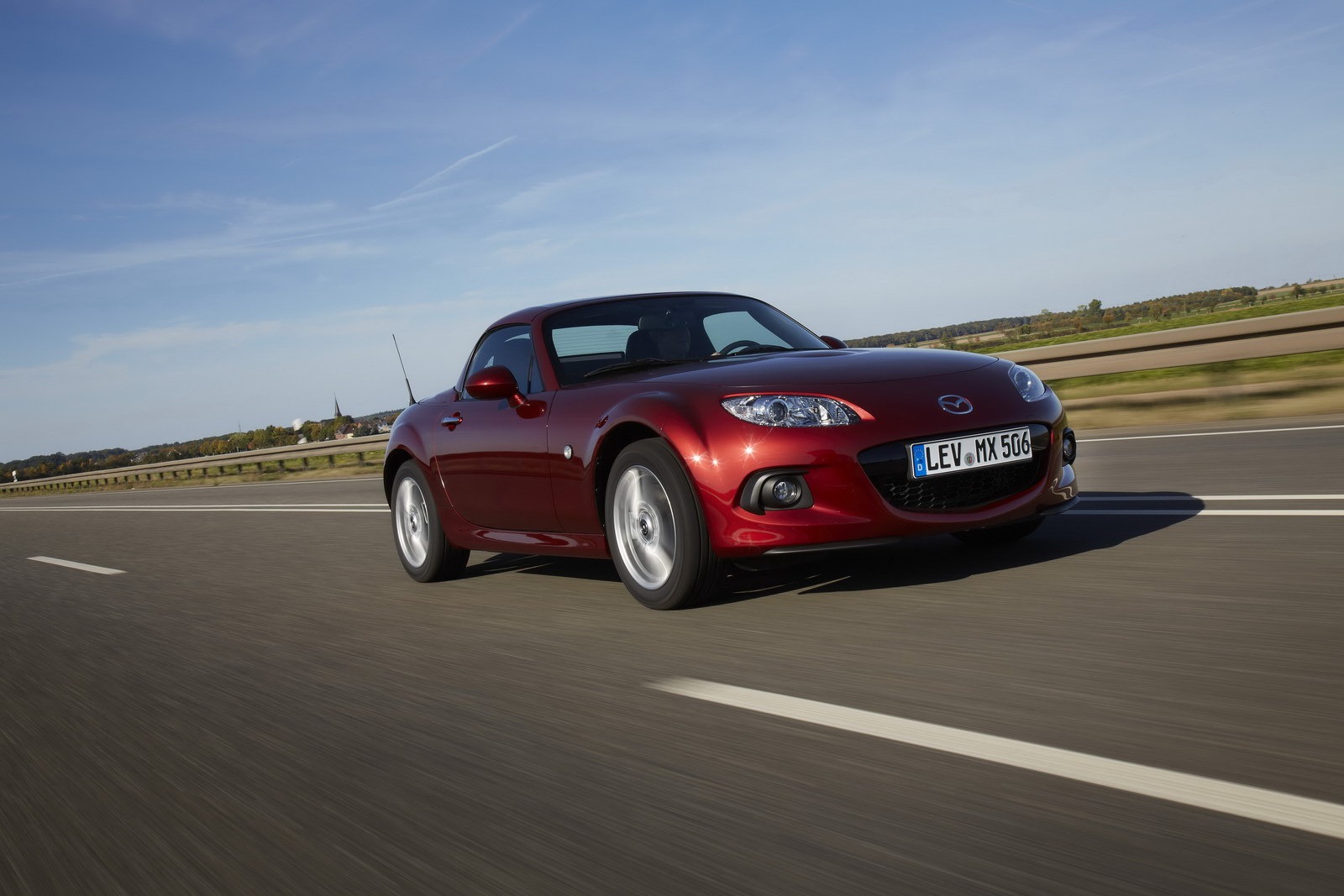 Finally ladies and gentlemen. It has finally happened. We get one of the cars with serious mass appeal in Europe first.

Mazda have revised their MX-5, only lightly, but they did it here first. The Americans can finally get over the idea of getting everything ahead of us.

I’m harsh and lying here, plenty of incredible cars are released in Europe first, sometimes only, but it can be quite annoying to notice the gap.

In keeping with the current state of Europe’s financial presence, political stability and auto markets, the revision is quite a poor one.

There’s nothing substantial to talk about, the future doesn’t seem to hold any actual moving forward, but the front is a little prettier.

Everything about the underpinnings remains essentially the same. There is a bit of an update that the engineers contributed to though.

They’ve sharpened up the throttle response, particularly at lower speeds, but only on the manual gearbox version of the new MX-5.

Since you’re allegedly better in terms of go, the stop has been tweaked in a similar way. The vacuum brake booster was optimized for more efficient stopping.

Speaking of which, both the Roadster and the Roadster Coupe were actually seen at the Paris Motor Show earlier in the year.

Since more interesting stuff was being presented left and right, most people omitted its unveiling. Let’s face it, there’s not that much different here.

If you do by any freak chance buy such a car with concerns about safety, it seems that the revised Mazda MX-5 is better in terms of pedestrian safety.