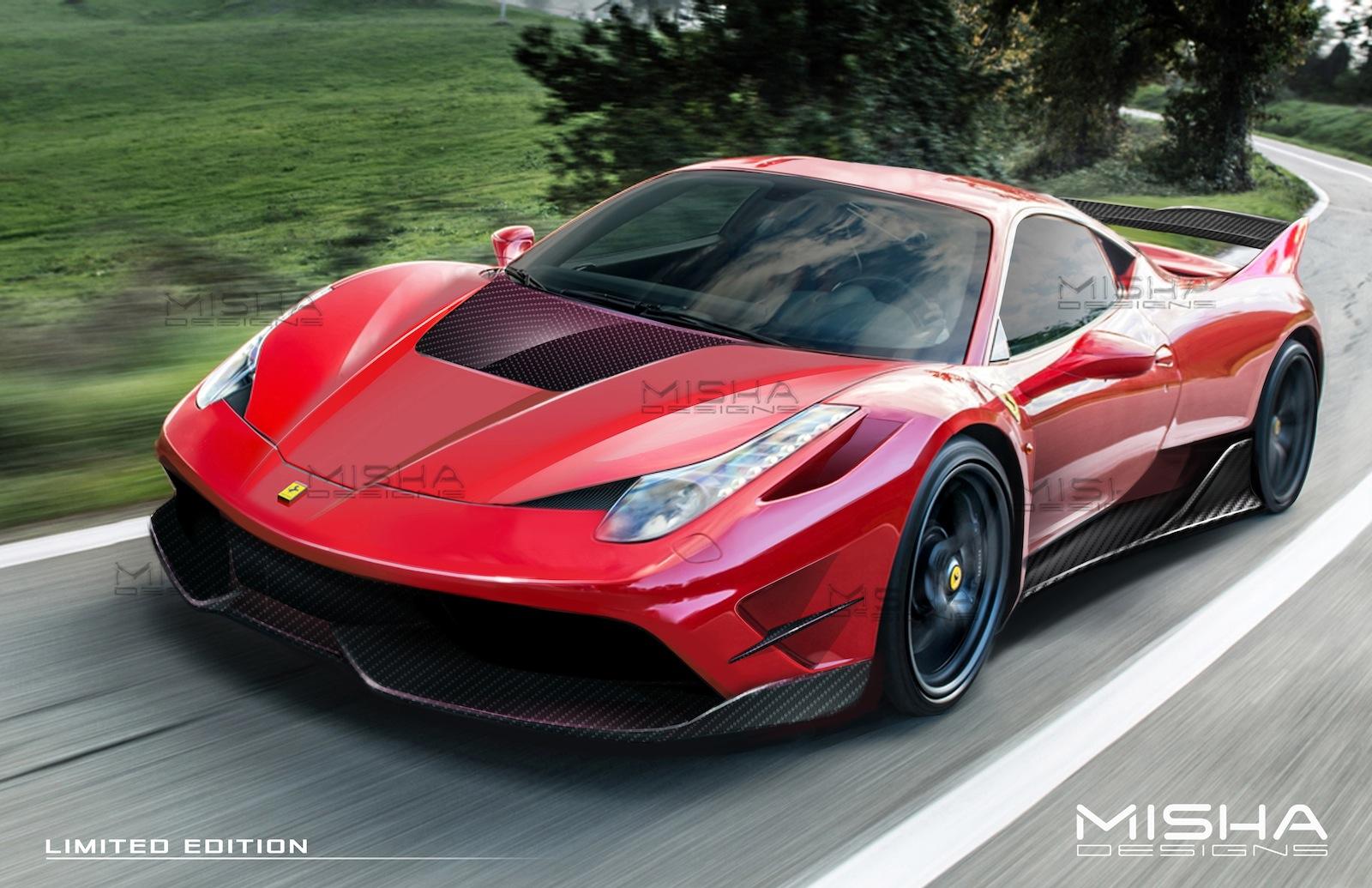 Even if the Ferrari Italian based carmaker has stopped production of the iconic and legendary 458 Italia, which made the first page of every major newspaper worldwide, to make room for its successor, the 488 GTB, a lot of aftermarket specialists and tuning companies have not forgotten it and paid their tributes by customizing it with their special tuning programs.

It is also the case of Misha Designs tuning division from the city of angels, which decided to give the Ferrari 458 Italia a special look, thanks to their own body kit tuning program. We are actually talking about two body kits to be fitted on the supercar, both coming with carbon fiber components.

The first kit includes the base body parts, like revised front and rear bumpers, fenders, side skirts, while the second one adds more features, like the more distinguished side skirts and a revised rear wing, resembling that of the FXX k supercar version.

Unfortunately, the Misha Designs tuning have not carried out any upgrades under the hood, as this particular model is still keeping the stock 4.5-liter V8 naturally aspirated unit, hooked to a 7-speed dual-clutch transmission, with 562 horsepower and 540 Nm of torque. This would be enough for the supercar to reach 100 km/h in just 3 seconds, at a topping of 325 km/h.

No pricing details have been revealed, but we should foresee a spicy one!