Ferrari 458 unveiled as a Grand Am racer 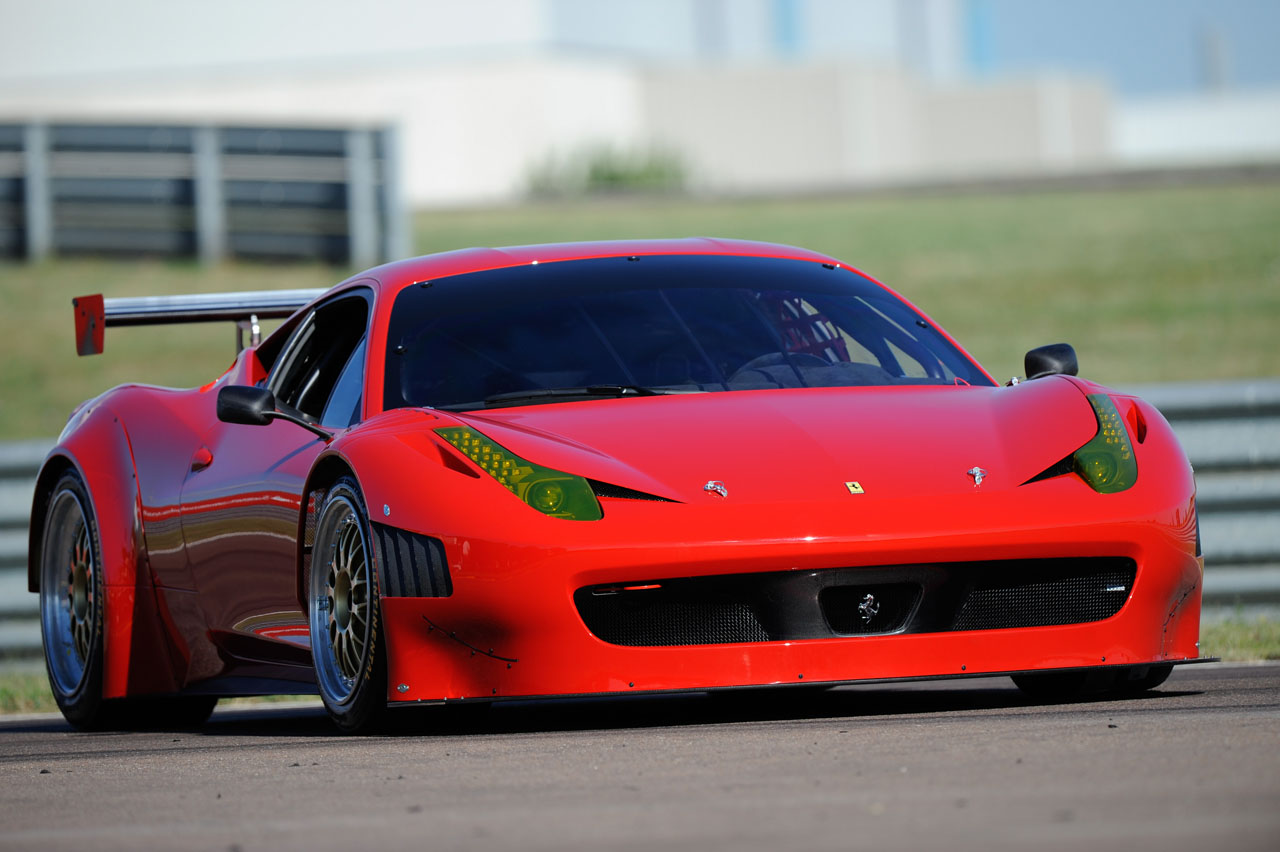 Ferrari’s 458 has been praised on just about all possible plains. The only sort of place the success of the modern Ferrari supercar is on the race tracks.

Still in early development the racing versions of the Ferrari 458 are almost certainly not going to dominate competitions for a while.

That said though, the immensely popular Italian car maker is going to to try their heart out. The latest in a lineup of attempts is the 458 Grand Am racer.

Just like the Challenge, GT2 and GT3 racing versions of the 458, Ferrari turned to their long time partner Michelotto in order to develop the Grand Am one.

Testing for the Grand Am Ferrari 458 was done at the company’s Fiorano test track with Jamie Melo and Maurizio Mediani.

The two drivers are pretty familiar to the Prancing Horse’ racer models since the first used to drive the F430 GT2 and actually got two consecutive class wins at Le Mans and class titles in the American version as well.

Maurizio Mediani wasn’t as successful as ever, Jamie Melo but since he is an instructor at the Alfa Romeo driving school in Varano, you can imagine the sort of resume he has.

The car itself, is, in some aspects, slower than the road going version of the Ferrari 458. This is because Grand Am regulations limited the horsepower figure to 500 unlike the 562 the 4.5 liter V8 can actually produce.

Snapping back the power was done using a restrictor plate which is sized at 48 millimeter and a rev limiter that won’t allow the driver to go past 8.000 rpm.

One of the finest ever honed aerodynamics package for a street car was considerably updated for the Ferrari 458 Grand Am version.

It now features a wide body kit, renewed fascia and a massive spoiler at the back. As you’d expect, all of these changes were done in order to provide the Ferrari 458 with a lot more downforce.

Sadly though, the added downforce does corrupt the top speed figure. The Ferrari 458 Grand Am racer’s restrictors don’t help either.

I’m afraid that for the moment we don’t have any specific details on the sort of performance figures on this Ferrari 458 Grand Am racer has.

All we know so far is that the brilliant ABS and traction control systems of the street ready Ferrari 458 Italia aren’t going to be available in the racer. I’m not sure how the roll cage compensates for these two losses but it clearly helps performance.