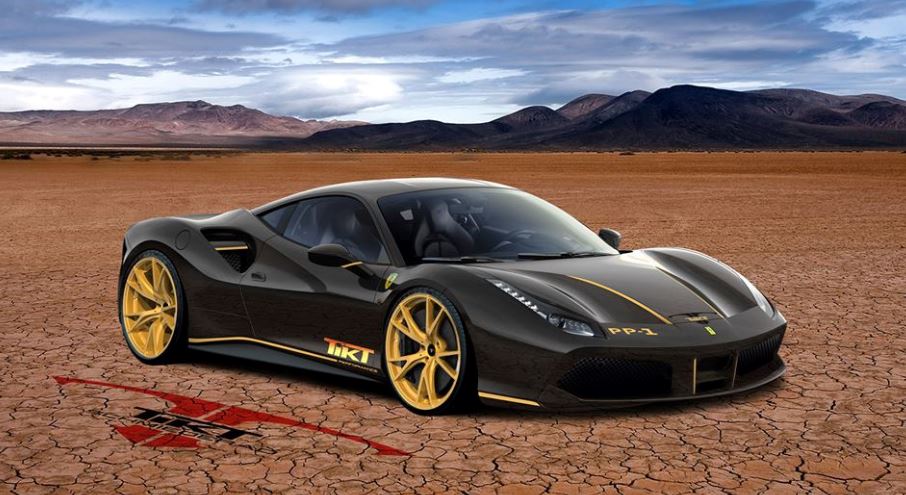 The official replacement of the Ferrari 458 Italia, the Ferrari 488 GTB, has recently popped on the web in a rendering, just before making its final debut, at the 2015 Geneva Motor Show, this March.

The rendering with the Ferrari 488 GTB is signed by TIKT Performance Parts and is showcasing the supercar wearing a matte black paintjob, which are complemented by a new set of hot wheels. The rendering is also showing the model with gold accents on the fenders, mirrors, hood, the wheels and the side skirts.

As a short reminder, the Ferrari 488 GTB is coming with some important desing mods, as opposed to the already late Ferrari 458 Italia. The model will be built in Maranello and will tweak some important body upgrades, which will make it standout from the crowd.