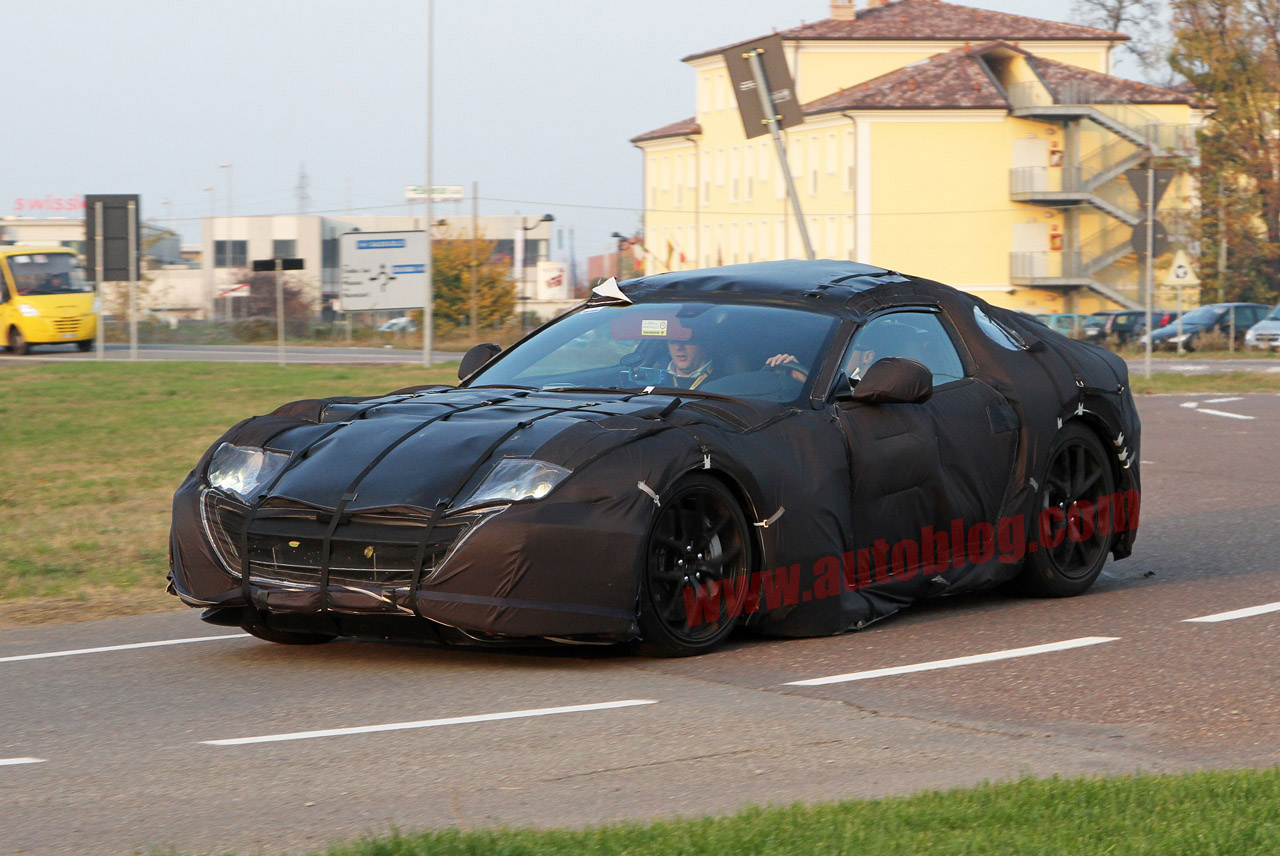 Since their 599 model is starting to show its age, particularly when set alongside other V12 powered supercars like the Aventador and One-77, Ferrari is about to refresh it.

Naturally, when you’re based in Maranello and you start testing out new models that are of a familiar shape, you’re going to attract some serious attention.

The GT we see spied around here seems to be one of the first test mules of the upcoming Ferrari 599 replacement, judging by the shape and the time frame it turned up in.

Internal designation for the Ferrari 599’s replacement is deemed to be the F152 and we expect it to pack a V12 powerplant that’s likely to be borrowed from the FF.

Which means it will be at least 6.3 liters (as in the FF) in size, develop at least 700 horsepower (perhaps 1 more than the Aventador) and it could come with all sort of hybrid or KERS technology to help at the pumps and please the legislators.

Some reports would say that the Ferrari 599 successor would see its front borrow a few cues from the Italia and FF but, for the moment, I find it hard to justify those claims.

This is mostly because Ferrari have covered it up with a black military tent that covers so many aspects of the car i’m surprised to know they gave the driver all around visibility.