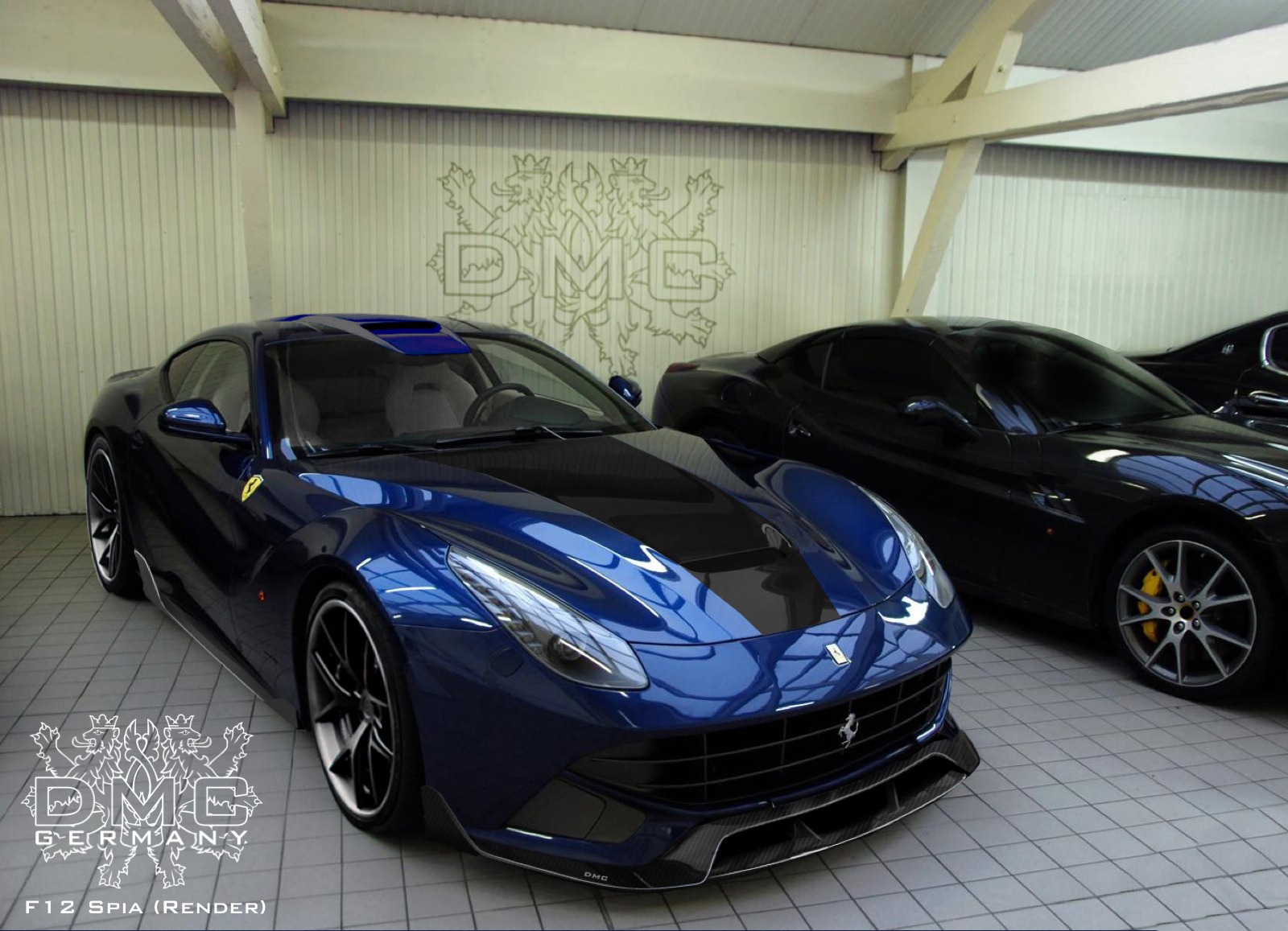 Respectable tuning companies like DMC like to be ahead of the wave when it comes to releasing new products. Ferrari’s F12 Berlinetta is their new targets.

So far, the car is still generally regarded as new and while tuning packages for it have been created, they’re mostly small changes.

Some like it that way but those who prefer more aggressive packages will likely enjoy what DMC calls the SPIA setup.

This is such an impressive package that the German tuner hasn’t even completed it and what they have to showcase for it is a set of ‘shopped images.

It is a bit like staring at fake breasts. You know it’s not real but it’s not really keeping you from staring, is it?

Heck, if a woman told you she had implants you’d definitely want to get a closer look, wouldn’t you? The same applies with DMC’s carbon fiber body kit for the F12 Berlinetta.

There’s a Ferrari like aggression level on the package but there’s also something distinct on it. A bit too large a plow seems to garnish the front end though.

Hopefully the cooling and aero effects are worth the scoop-like front end. There’s another thing. Unlike the implants, this DMC body kit can easily be removed without any traces.

The German tuner also rounded up the performance of the 6.2 liter V12 engine by offering a titanium exhaust system and produced some extra oomph.

It can now churn out a total of 764 horsepower and that raises the top speed figure up to 218 mph. Not bad, but we do expect to see the real images as soon as possible.