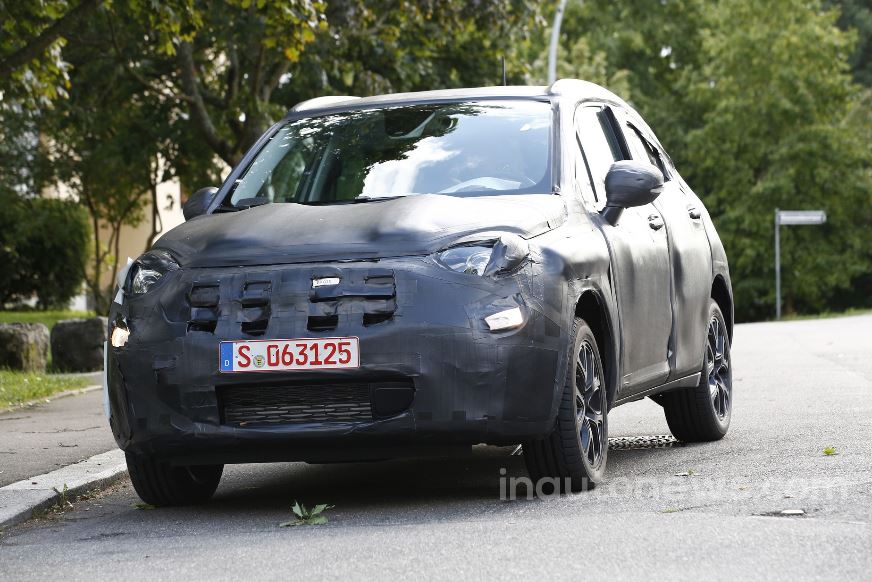 A test mule of the Fiat 500X was caught on shots by spy photographers from Inautonews publication, while the model was undergoing some road tests, wearing some camouflage.

The future Fiat 500X model will share the functionality of both of a crossover, as well as of a city car, a quality which its future customers would highly appreciate.

The Fiat 500X caught on shots here was undergoing some road tests in a small German village and it is supposed to be developed by the Bosch supplier, if we were to judge by the Stuttgart registration plate.

Rumors state that the Fiat 500X will be coming with a range of three- and four-cylinder units under the hood, with the first units to be delivered at the beginning of 2015.

The Fiat 500X will be ready for Europe in the first few months of 2015, while in the United States the model will hit its dealerships at the end of the first quarter, in 2015.