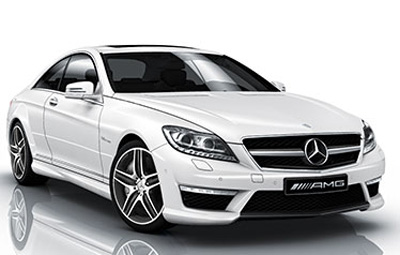 Mercedes prepared a facelift for the CL coupe, four years after its market debut. The facelift brings the German model LED lights, an improved design and new engines.

Mercedes has dropped today on the internet pictures of facelift ready prepared for CL coupe, the first revision of the German model after four years of the official market debut. As expected, the aesthetic changes are not radical, the designers focusing on the front, which has received a new grille, a bumper with restyled air intakes and new optical blocks that got LED lights.

The discreet plastic surgery not reflected on the AMG performance version, which got a more aggressive frontal appearance thanks the wider body near the wheels, the bumper with extensions and larger air intakes, side skirts and simplified scale-grille, specific to 80s, with a single chrome line. Regarding the range of engines, Mercedes has made a number of important changes. Thus, the 5.5-liter V8 unit, normally aspirated was replaced by a turbocharged unit of 4.6-liter and 435 horsepower.