Ford Falcon GT to get a high performance model 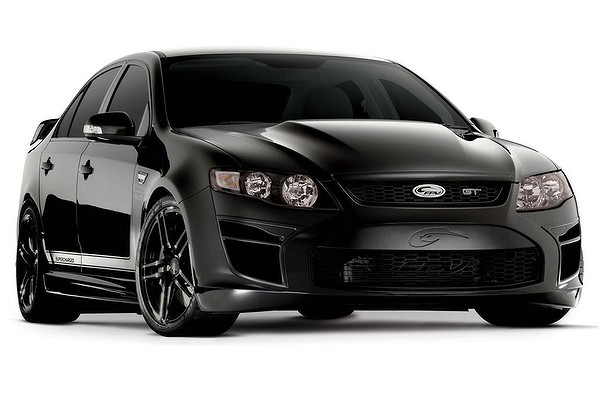 After announcing how they will dominate the US pony car market with the simply monstrous Shelby GT500 Mustang, Ford have turned their attention to the rest of the world.

The Blue Oval is currently looking at interest and ways to bring the same muscle car over the Europe and for Australia, they’ve got a new idea.

Reportedly, the company will develop a new high performance version of the Ford Falcon GT. Not that it was a slouch to begin with.

The model is internally known as the Panther and it sticks true to Aussie market desire. It has a big V8 engine, rear wheel drive and room for your family.

While we don’t expect the room inside to get bigger, the power, speed and performance are bound to go up a few notches.

At the moment, the Falcon GT powered by a supercharged 5.0 liter V8 engine which pushes out 455 horsepower and 420 lb-ft of torque.

With the new version that figure is expected to go up at least beyond the 500 horsepower mark, putting the sedan on par with the BMW M5 in terms of power to weight.

0 to 62 should happen in less than 5 seconds and the top speed will likely be limited to 155 mph though there’s word of it being pushed up to around 175.

With that much more power, the new performance Ford Falcon GT will also get revised ways of putting it down. These would include a new gearbox, upgraded suspension and lowered alloy wheels.