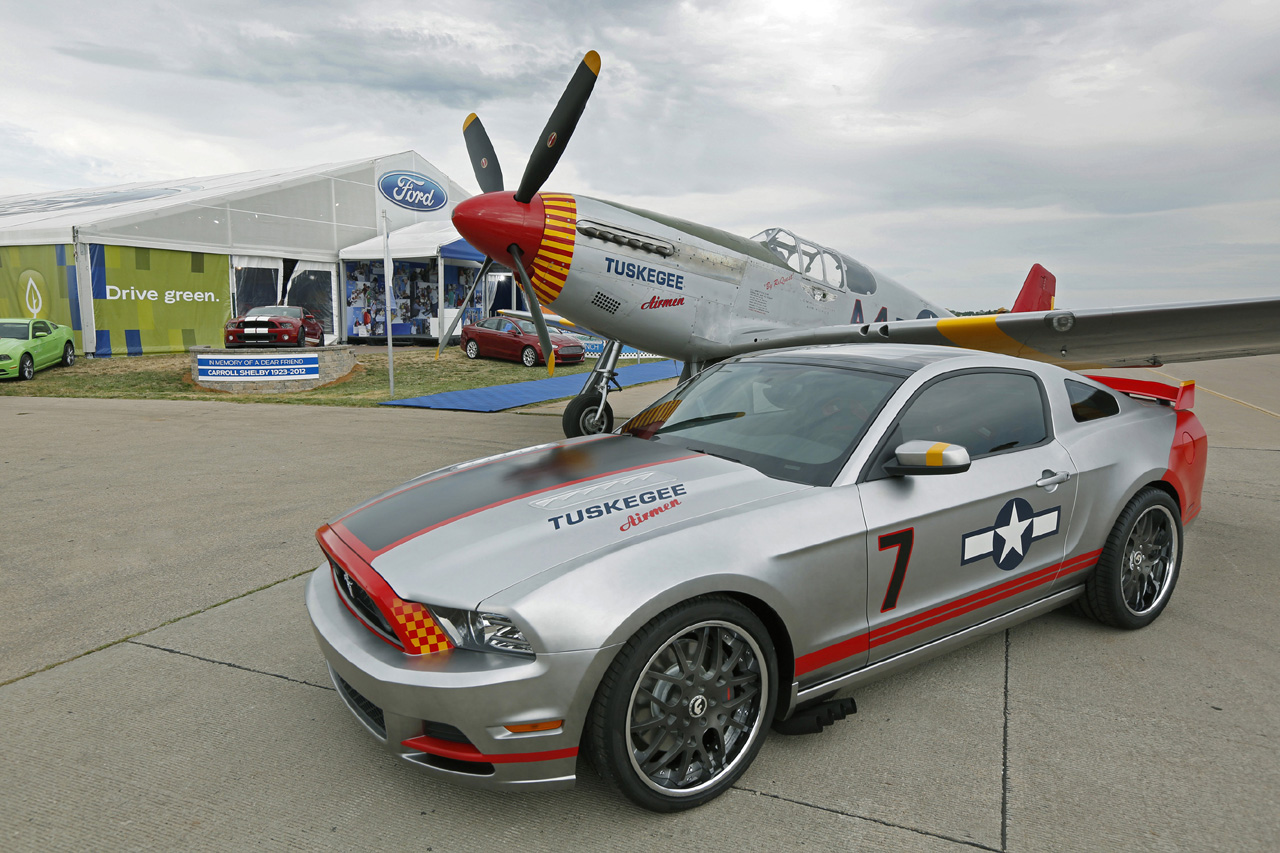 Ford’s love affair with the US Air Force was kicked up a notch this week. The blue oval arranged a meeting between their Mustang and the P51 one.

North American Aviation’s Mustang will be honored with the creation of a special edition pony car that will celebrate the Red Tails.

The Red Tails is a term used to refer to the black Tuskegee Airmen who flew P51 Mustangs and bombers in World War II.

This new special edition Mustang comes in shortly after they created the Blue Angles honorary edition, another aviation namesake in the US.

What Ford tried to do with this edition was mimic the exterior look of those strategically critical fighters on their Mustang.

They seem to have done quite a job of the whole thing. The glass roof was a must have, given the canopy feel. Then there’s the aluminium skin.

Don’t think we’re looking at a naked shell, it’s a custom paint that no other Mustang will have. Speaking of paint jobs, the Tuskegee detailing managed to carry on as well.

The Ford Mustang Red Tail has a red painted boot, pin striping for the sides and a some decals were applied to the radiator grille.

There’s no propeller on the front of the modern Mustang and the engine isn’t as powerful as the P51s since you’re still looking at the standard setup.

If they had fitted a supercharged version of the V8 in the GT500 things would have certainly gotten more interesting.

Still, those multiple low slung side exhausts should make the driver feel like it’s 1944 again.