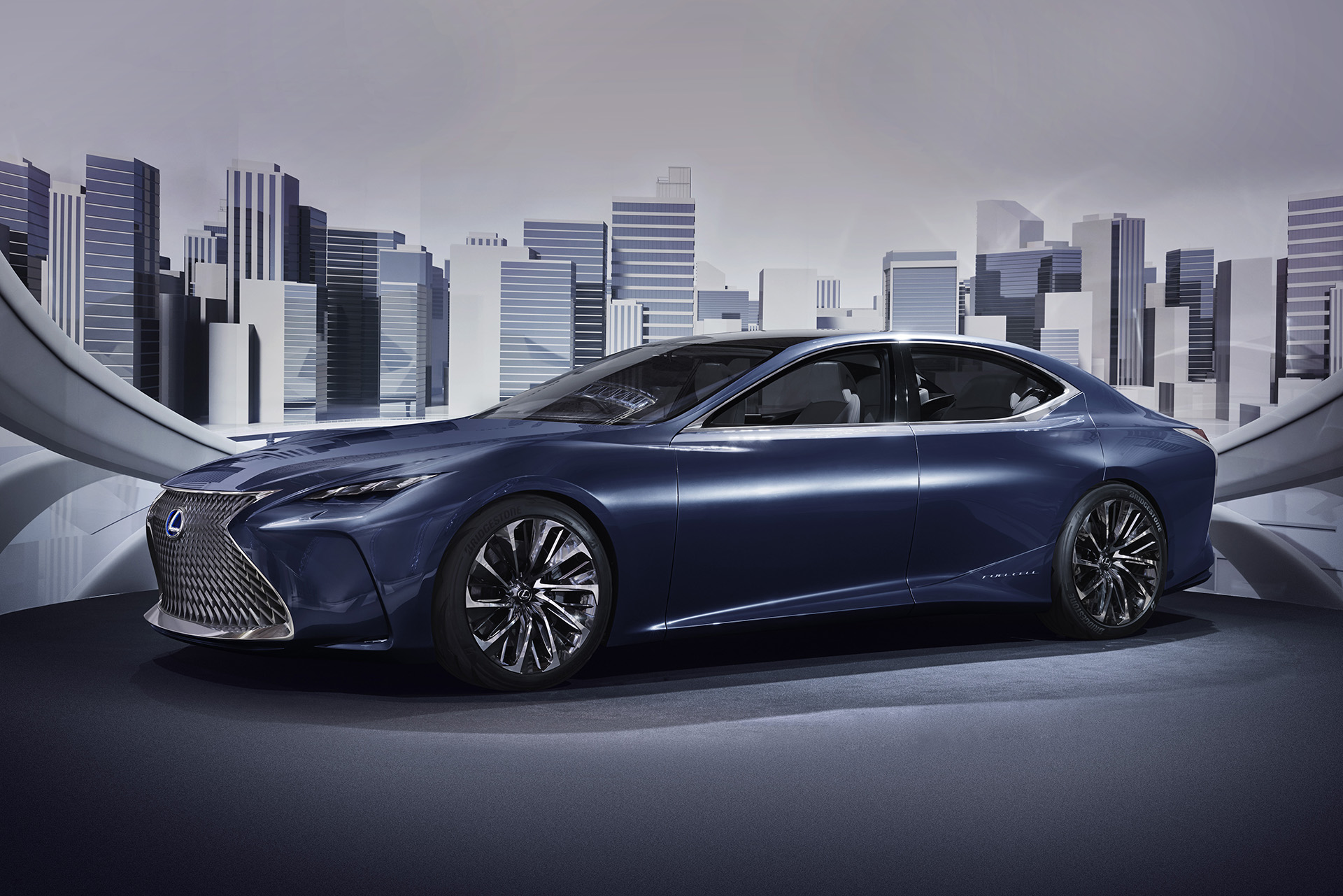 So, around 2020, Lexus will launch a fuel-cell car, which won’t make a compromise between the dynamics and the zero-emission propulsion system. As a proof that they have the technology, the LF-FC will be present at Geneva early next month. LF-FC stands from Lexus Future-Flagship Car/Fuel Cell, and it’s an all-wheel drive bundled with automated driving technologies. Like Honda did before, Lexus also looks at the FCV as the most approachable way to achieve zero emissions. Zero emissions? Yes, since it only emits water vapour and is twice more efficient than the actual internal combustion engines.

And that’s not the only advantage: it can be refueled fast and offers a long range. These advantages make it more user-friendly than the EV technology. Also, the noise level is very low, while the vibrations are reduced to minimum and that makes the system suited even for the luxury segment. Specifically to LF-FC, the system powers the rear wheels, but also sends the power to front axle via two in-wheels motors. So, we deal with a AWD Grand Tourer capable of excellent handling at high speeds, thanks to its precise torque distribution between the wheels. Not to mention the ideal weight distribution given by the placement of the fuel cell system elements: the power control unit in front, the hydrogen tank longitudinally, between the axles and the fuel cell stack at the rear.

Somehow, Lexus designed a concept that blends the visual characteristics of the actual range of cars with the astonishing silhouette of a next-generation GT. The arrow-theme floods the exterior line, without being disturbing in any way. We can find it in DRL’s design, in the windows draw, at the side skirts and at the rear lights. The 4-doors coupe adds personality to the sylish line, by using 21 inch aluminum and carbon-fiber wheels. Onboard, the luxury meets simplicity in a unique way: from the floating front seats, to the fully gesture controlled operation, everything looks like a dream. A projected image in the air makes the physical contact with the screens useless.