Glide Around in The New BMW M2 Coupe 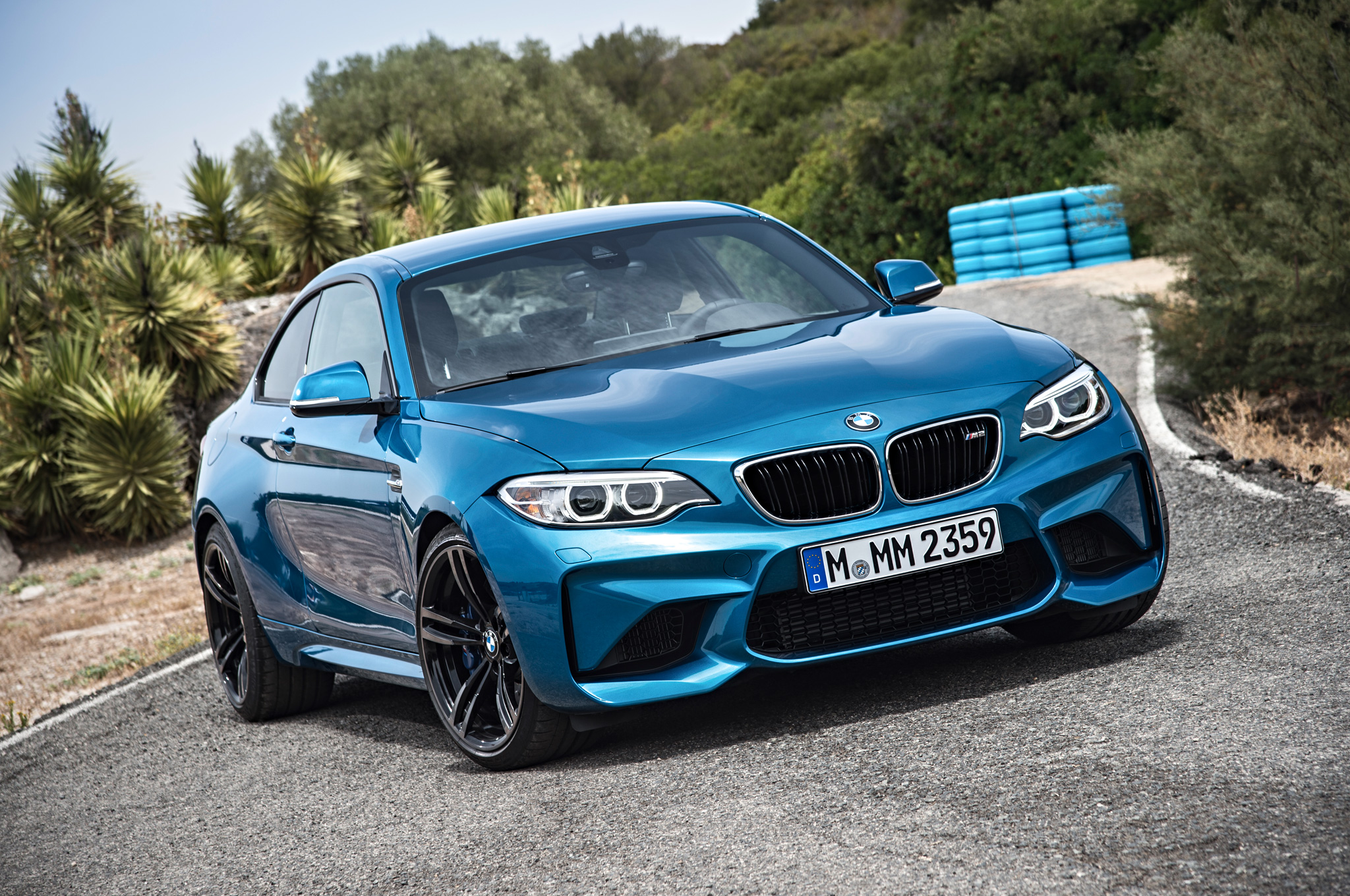 BMW revealed the car that came into existence by redesigning and fusing together other models of their own M-series that already drew a smile on our faces because of the appearance and the technology that is yet to amaze. I am talking about BMW’s M2 coupe that is to be released at the end of the first half of 2016.

The M2 has that curvy and firm design of the M-series and you can tell that by comparing it to its earlier version that amazed in 2013, the BMW 1 Series M. The front spoiler, which is 60 mm off the ground, allows air to enter under the hood to help cooling the engine for better performance through two fender vents while the lights offer a moody glow to the car. On the other hand, the rear is 100 mm off the ground offering great handling but there is something that catches the eye more than two pairs of tailpipes that look good and keeps the sound clean and roaring. Yes, the tail lights look horrible, it nullifies the contrast of ferocious but relaxed feeling that the front lights are trying to express by giving the impression of a very tired person who ran one hundred meters and it’s about to collapse, overall it looks like a great behind.

More than a powerful design the M2 has a longitudinally mounted turbocharged 3.0-liter in-line six-cylinder which with the manual version of seven speed gearbox it runs from 0 to 100km/h in 4.4 seconds and with 0.2 less with the automatic gearbox. The M double-clutch that ensures a smooth take off or a careful parking or just helping with the turbo boost that M2 builds between 1450 and 4750rpm by adding 35Nm to the already existing 465Nm.

Environmentally friendly like most of the cars, the M2 consumption in l/100km is 7.5 with CO2 emissions in g/km up to 185 for the manual gearbox as for the automatic which is thirstier 8.5l/100km and 199g/km of CO2 emanations. The pricing for such a car rises up to 44.000 pounds.

The 2016 M2 will be a fun car be it because of the design, the engine’s power or the handling. For those who do not afford to buy these wheels, the M2 will be drivable for anyone who owns a computer within the latest Need for Speed game which will be release later this year.