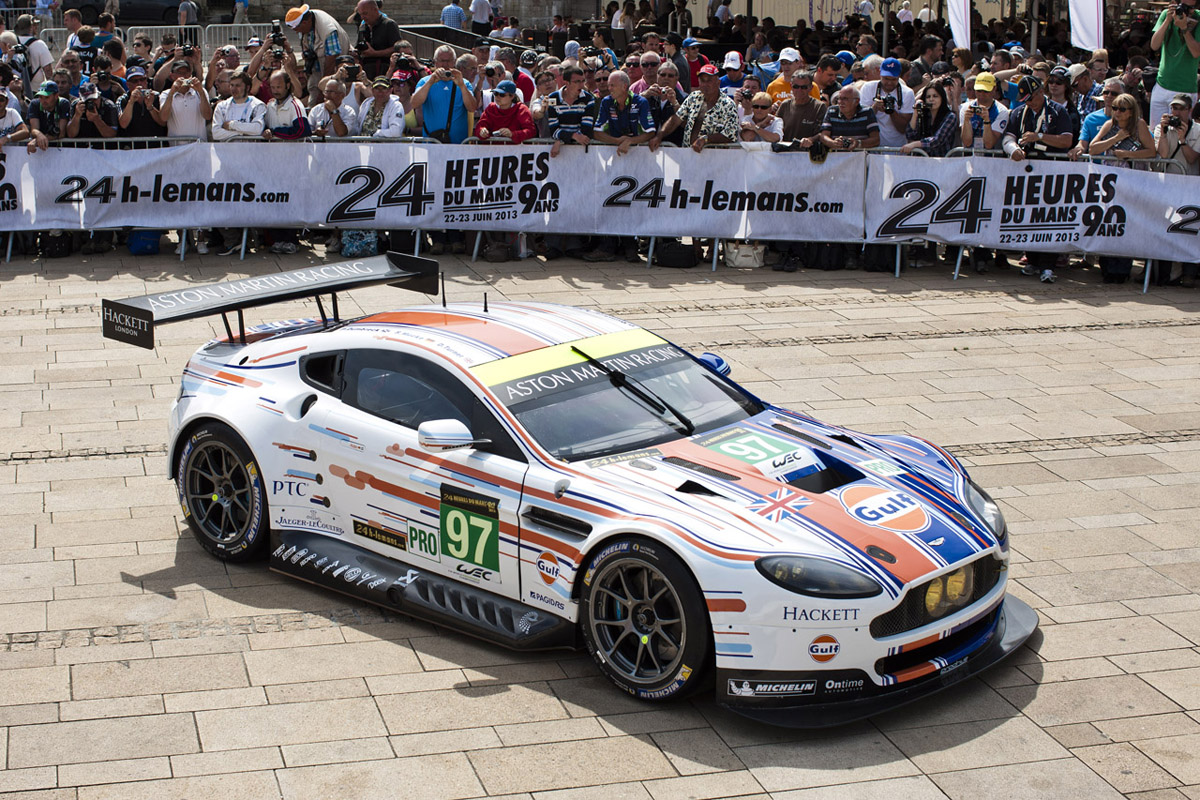 As we all know, Aston Martin has this habit of organizing design contests, involving its fans into a challenging competition.

With Le Mans competition knocking on our doors, Gulf livery was brought to light. Are you curious to know more about the winning design?

First of all we should mention that Aston Martin literally enjoyed hundreds of contest ideas and the team had quite a difficult task in choosing the best of them.

In the end, they have made up their mind for an idea signed by Jonathan Wesley from Kettering, United Kingdom – a real fan of Aston Martin.

As expected, the model, which was called No 97 Vantage GTE, will enter the 24 hours competition together with four other Aston Martin models.

The lucky names sitting behind the wheel are Stefan Mucke, Darren Turner and Peter Dumbreck. We will see how well the colors will fit them!

Speaking of colors, it is obvious how the design incorporates the four main colors from Gulf’s brand. Quite subtle to suggest the fade away of the day through their gradually disposal, don’t you think?

All these being said, we are anxiously waiting for the race to start and see where it will take these Aston Martin concepts.