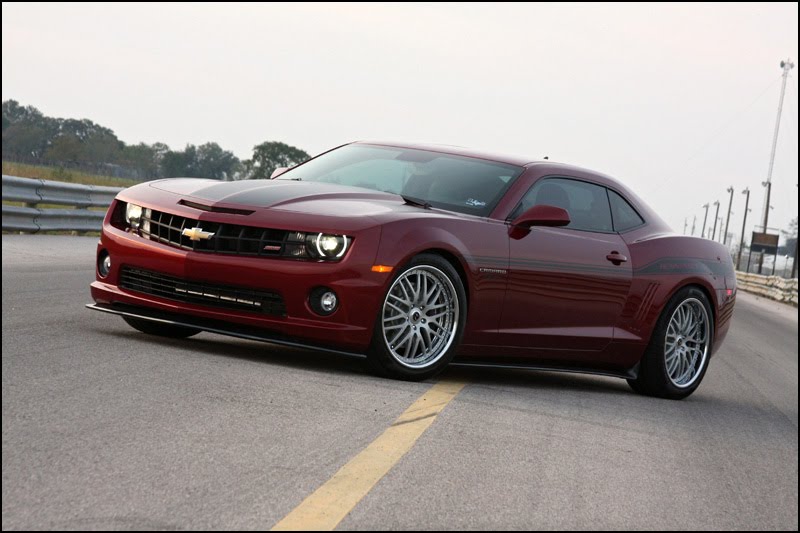 The 2010 Chevrolet Camaro SS offers up everything your typical muscle car fan is interested in.

If you’re that chap, you’ll be turning to the gearheads over at Hennessey Performance so you turn your 2011 Chevrolet Camaro SS into a HPE600.

That supercharger setup will give you 602 horsepower and 595 lb-ft of torque. This means that if you give the 2011 Chevrolet Camaro SS HPE600 a boot full you can get from 0 to 60 in around 3.5 seconds or do the quarter mile in about 11 seconds.

Naturally this sort of performance update is mostly related to the supercharger but that’s not all. The Hennessey tuned 2011 Chevrolet Camaro also has a cold air induction system an upgraded set of injectors, high flow catalytic converters and an ECU remap.

If however you want people to know the HPE600 is coming you can spec up a few extras like a CarbonAero Body Kit and a stainless steel cat back exhaust system.