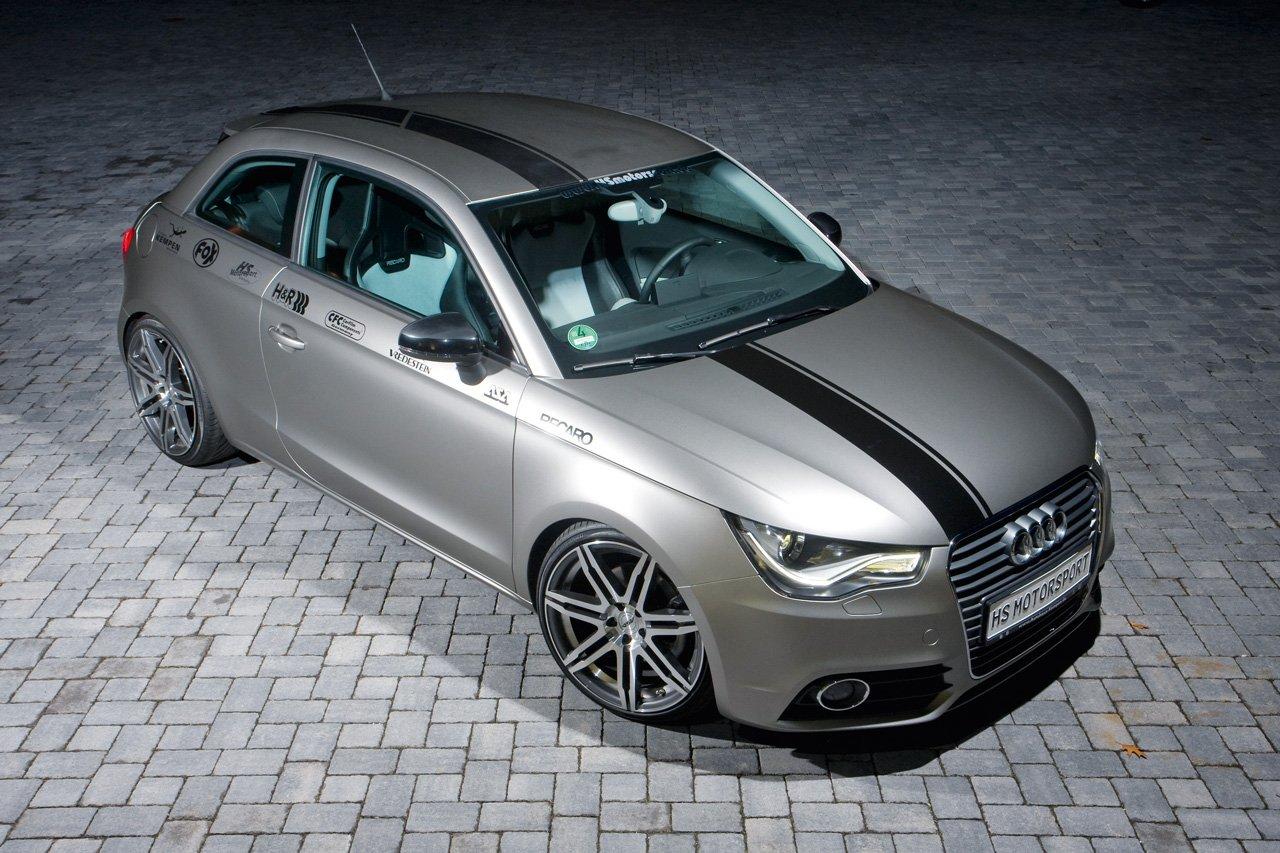 Well actually, the only tuning HS Motorsport did to the 2011 Audi A1 involves the 1.4 TSI version but we’ll let them off.

Why? Because the end result is the sort of thing a rich person’s son would drive and yet the father wouldn’t be ashamed of having it in the driveway.

I’m not a big fan of the normal Audi A1, mostly because when you have one it feels and looks much like Richie Rich is trying to pretend he’s poor.

Of course, I have been known to have some stupid opinions in the past so we’ll have to let that one slide.

Moving on the the HS Motorsport tuned 2011 Audi A1 we now find that it develops 147 horsepower and 250 Nm of torque, which is about a 25% increase over the stock setup.

And if cornering is more important to you than power you’ll be happy to know the A1 gets a H&R coilover suspension kit, a new set of bigger yet lighter wheels and make everything work together a better set of tires from either Hankook or Vredestein.

The interior and exterior modifications are relatively small and discrete, with only one black strip running on top of the car. That’s a pretty good job, if only HS Motorsport had gone for something other than the Audi to apply it to.