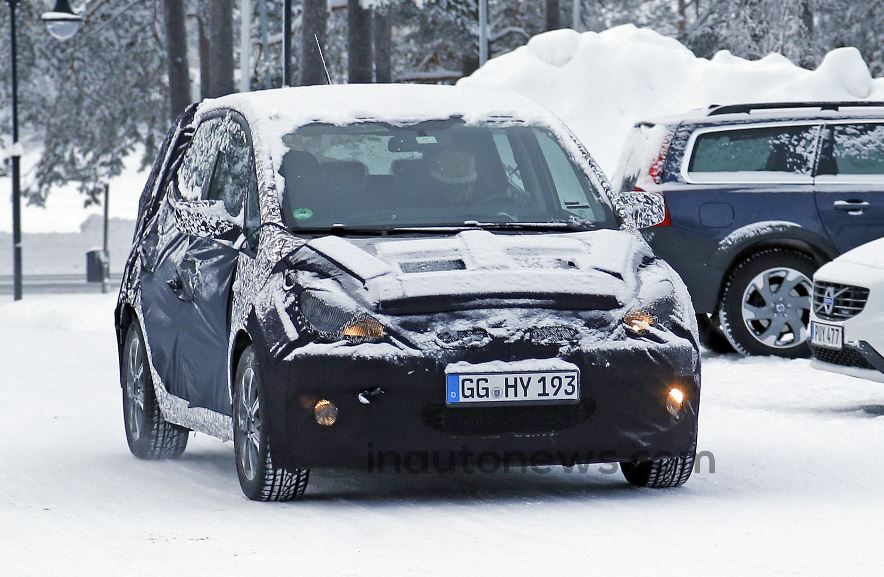 It is the beginning of 2015 and a whole lot of carmakers are already testing out their latest models, before presenting them at auto shows all over the world. It is also the case of the Hyundai carmaker, which is preparing a facelift of the ix20 model.

The test mule with the Hyundai ix20 facelift was recently caught on shots by spy photographers from Inautonews online auto magazine, the model wrapping heavy camouflage around the body, meaning that it will come with significant body changes.

One can depict some new and revised body components, like front and rear bumpers, headlights and taillights, while in the cabin, the model will also bear some minor changes in terms of safety gizmos or high-tech gadgets.

Unfortunately, under the hood, the Hyundai ix20 facelift will be fitted with the same engine lineup, just like the present model, meaning the 1.4-liter Gamma I4, developing 89 horsepower, while the 1.6-liter Gamma I4 will go higher, with 123 horsepower, both in the petrol units.

On the other hand, the diesel units will consist of the 1.4-liter with 89 horsepower or the 1.6-liter will go as high as 114 horsepower. All units will be hooked to the 4-speed automatic, the 5-speed manual, or the 6-speed manual transmissions.