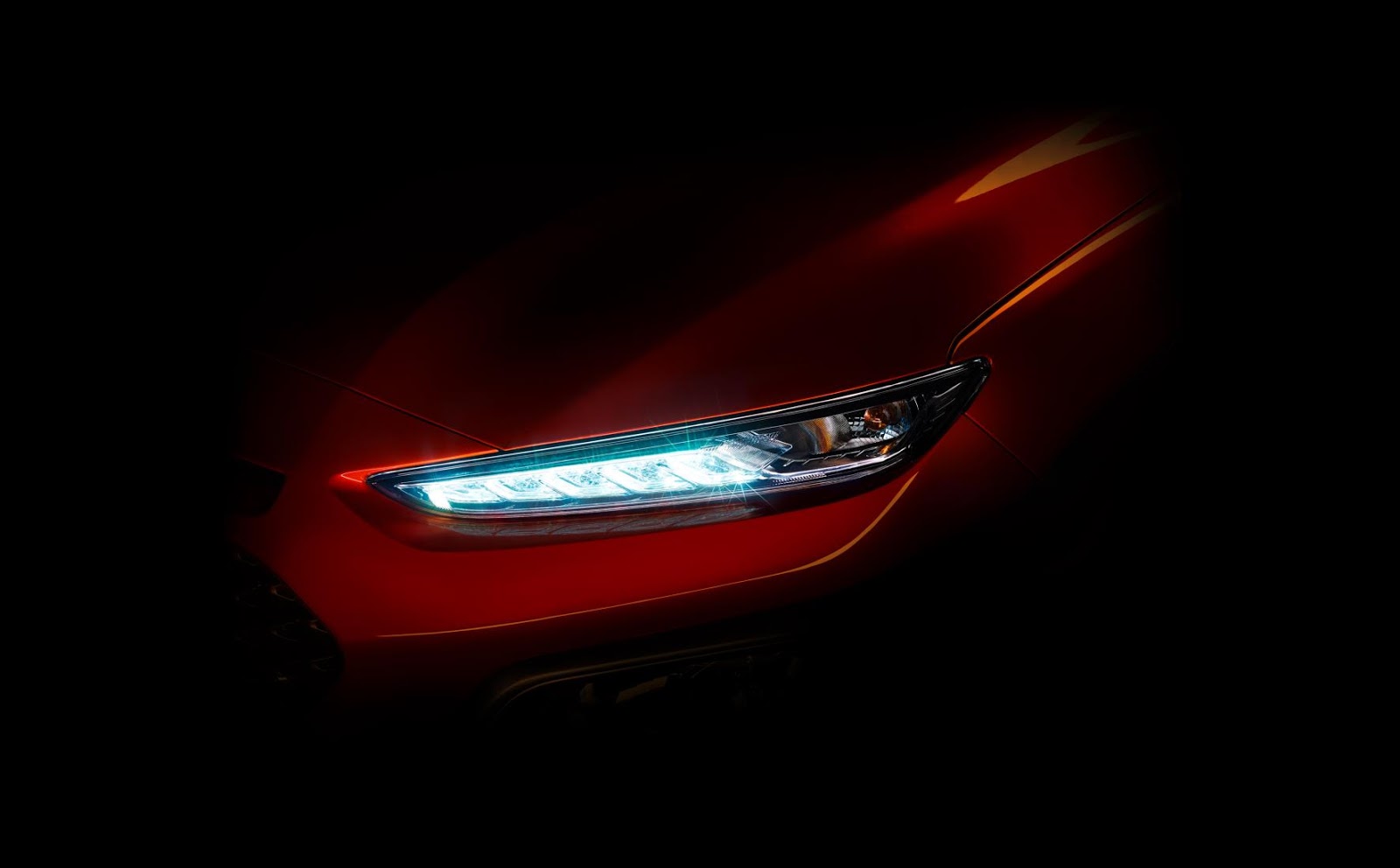 The South Korean based Hyundai carmaker has recently released a teaser image with the upcoming sub-compact SUV, called the Kona. The official unveiling will take place at the 2017 Shanghai Motor Show.

The teaser image says very little about the new Kona, however it does reveal its new, slender and horizontal headlight, which will make it quite aggressive and appealing to the eye.

We are dealing here with a new contender on the B-Segment SUV in Asia, the model joining other high-end models, like the Hyundai Grand Santa-Fe, Santa-Fe and the Tucson, also quite important on their own segments.

According to Hyundai representatives, the new model is set to come with advanced driving characteristics and capabilities. This is what they had to say about the SUV`s new arrival on the market:

”The Kona has also been developed with a focus on enhancing driving dynamics, as Hyundai looks to set new performance standards for the compact SUV segment. Kona delivers best-in-class interior space and innovative design features that hint at the future direction of the brand’s next generation of SUV models.”

There are little details concerning the new Hyundai Kona, but what we do know so far is that the model will compete the likes of the Nissan Juke, Renualt Captur or Opel Mokka X.

Updated info: According to recent spy photos emerged, the new model is set to come as a 2018MY, with plenty of interesting design lines and a wide suite of high-tech gadgetries inside the cabin. The latter ones include a tablet-like infotainment system.

As for the engine lineup, being based on the i20 platform, the new Kona is set to borrow the car`s engines, adding as well some mils from the new i30.Stay tuned for full details!