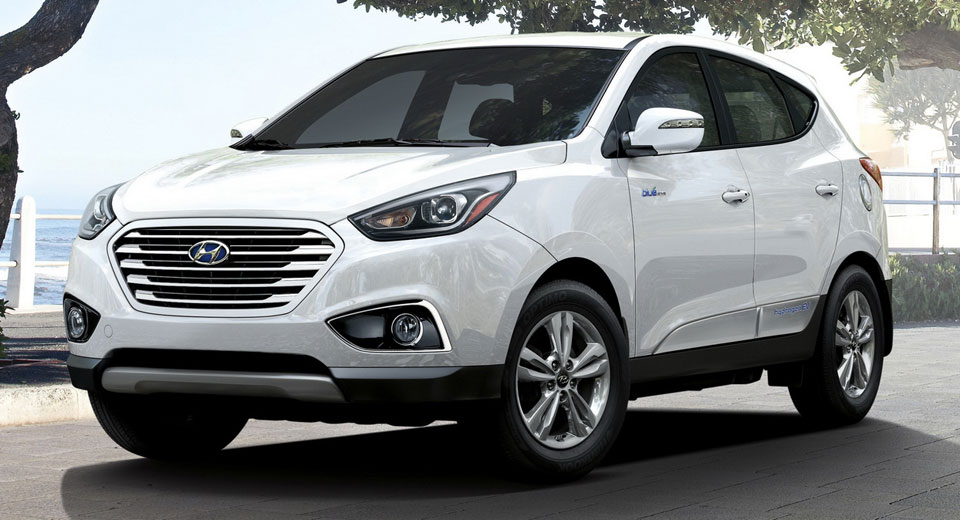 The hydrogen era is here for the taken and a lot of carmakers worldwide are already benefiting its advantages. I mean, why not driving a cheaper hydrogen model with zero CO2 emissions and increase mile range?

The South Korean carmaker is also trying to adopt the technology on the future Hyundai Tucson in a couple of years, the new model costing half than the present Hyundai Tucson Fuel Cell.

More than that, according to The Korea Herald, the Hyundai Tucson Hybrid was already announced on the local market and is part of the government`s strategy of introducing up to 10,000 hydrogen vehicles by 2020.

When it will arrive, the Hyundai Tucson Hybrid is set to come with rather the same body styling yet improved driving capabilities. Also, the new technology will allow a 373 mile range (600 km), which is impressive than the Tucson`s present 258 mile range (415 km).

More than that, the all-new Hyundai Tucson Hybrid will cost half the price of that of the Hyundai Fuel Cell, meaning around $54,000 (60 million won), but after dropping the local fees, it will cost $29,000 (32 million won).

More details are yet to be released in the upcoming period, especially since the South Korean carmaker is planning to campaign its Hydrogen model at different important events. Meanwhile, take a closer look at the Hyundai Tucson Fuel Cell already launched in the United States! Do you think that the Hydrogen sibling will look just like this or it will have a different design best to fit the hydrogen drivetrain?