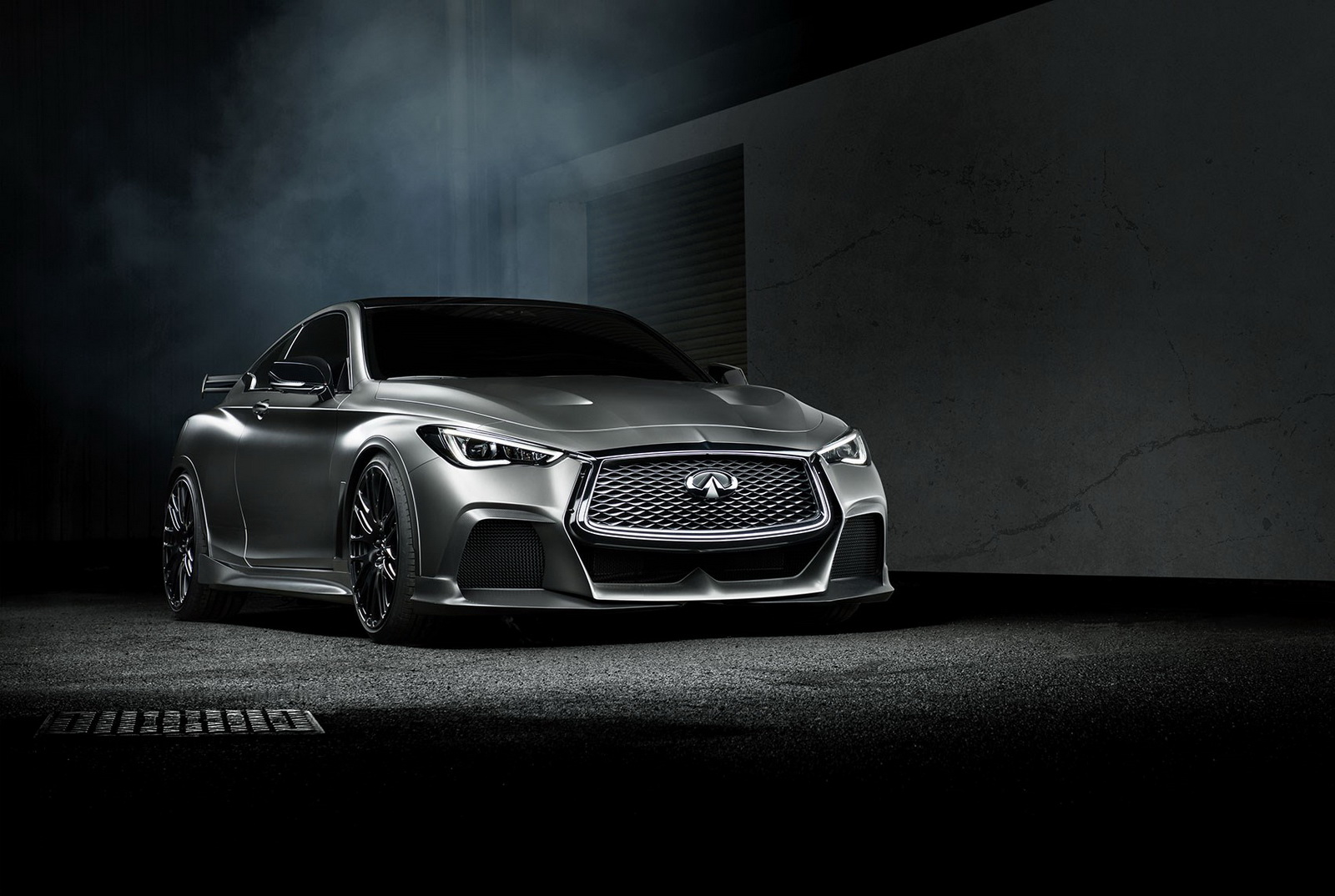 Following a series of leaked photos with the Q60 Black S Concept, Nissan`s luxury arm Infiniti has recently released the official teaser images of its high-end model just ahead its unveiling at the upcoming 2017 Geneva Motor Show, which opens its gates in a couple of days.

The Infiniti Q60 Black S Concept is based on the carmaker`s Q60 and was developed in partnership with RenaultSport F1 team, the model being regarded as “a radical interpretation” of the Q60 Coupe and an “exploration of a new Infiniti high-performance model line.”

We are not sure if the Concept will remain just as it is or will lead for a production line of a much more potent Q60 model.

As we can depict from the photos, the Infiniti Q60 Black S Concept comes with a more aggressive body styling of the standard coupe, meaning updated front and rear spoiler, new wheels and prominent twin exhausts.

Built with extremely impressive performance, the Q60 Black S Concept “hints at how a unique-for-the-road performance hybrid powertrain could significantly enhance the dynamics of an Infiniti production line.”

Speaking of performance, representatives within the company have also stated that “The performance hybrid powertrain being explored through Project Black S features an energy recovery system (ERS) to harvest energy, deploying recovered electric power to boost power and torque. The result is instant, significant, lag-free acceleration.”

So the concept uses a 3.0-liter twin-turbo V6 as the Red Sport, paired to an electric motor, developing an overall of 500 horsepower. This would make it extremely fast on the straight line and extremely fuel-efficient.