Italdesign Aztec come up on the market 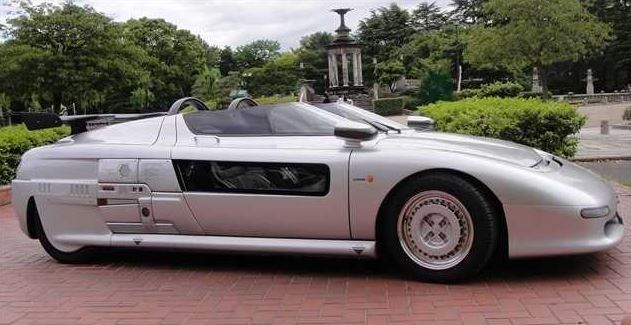 From time to time, some awesome cars will make an appearance on the market, after years of collecting dust in various collections.

One of the latest to do so is the Italdesign Aztec, a car designed by Giorgetto Giugiaro and introduced back in 1988 in the Turin Motor Show.

Around 25 units were ever build, of which we don’t know how many still survive. Taking all this into consideration, the $750.000 asking price starts to make sense. And if you go into details, you will see that this car is truly a masterpiece. The passenger hub is separated, and the right side occupant has several controls, mounted on a steering wheel-like base.


Power for the Aztec comes from an Audi Quattro sourced engine, and is capable of delivering 250 bhp. On the exterior of the car, there is a control panel which can display on command stuff like engine oil level, brake fluid status or coolant levels. The Italdesign Aztec also comes with a compressor for inflating flat tires, electric torch, fire extinguisher or electrical screwdriver.

Until now, the car has been kept in an air conditioned warehouse in Japan, so it is in top shape.