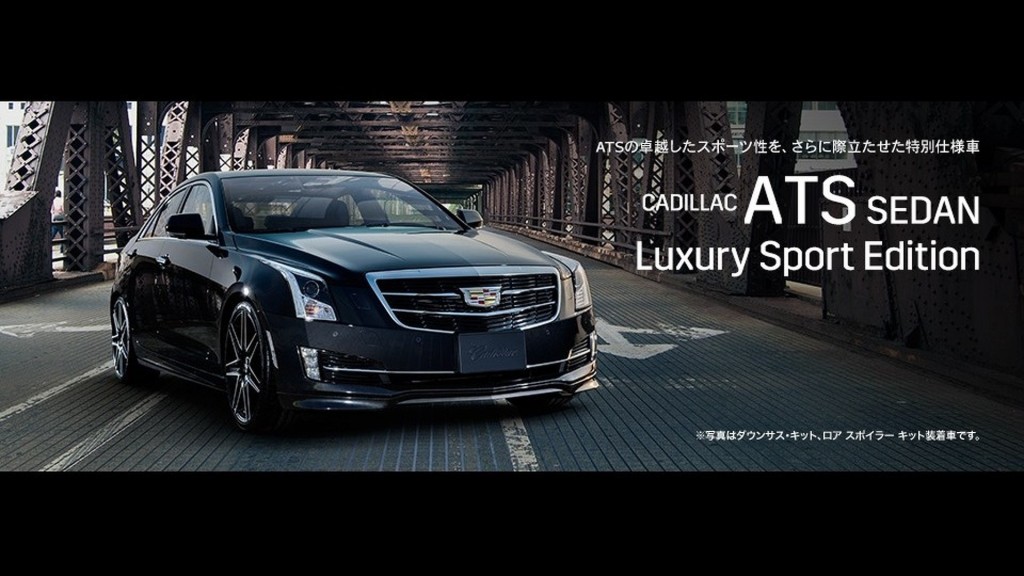 Cadillac has just released the long-anticipated ATS Luxury Sport Edition in Japan, the model being priced from 5,290,000 ($49,911), more expensive than the American version, which can be had from just $36,240.

In Japan, the ATS Luxury Sport Edition is available with two body colors, Sable Black and Crystal White, and can be had with a choice of 19-inch alloy wheels with a two-tone look. The alloys are wrapped in Pirelli P Zero sized 225/35 R19 and 255/30 R19 front and rear.

Other important features refer to Brembo brakes and sport suspension. As expected, the interior of the Cadillac ATS Luxury Sport Edition is extremely luxurious, the cabin being highlighted by cashmere accents and leather upholstery.

In the engine department, the limited edition comes with the same 2.0-liter turbocharged flat-four engine as its American sibling, churning out 272 horsepower and 295 lb-ft of torque. The engine sends the power to the front axles via an eight-speed automatic transmission.