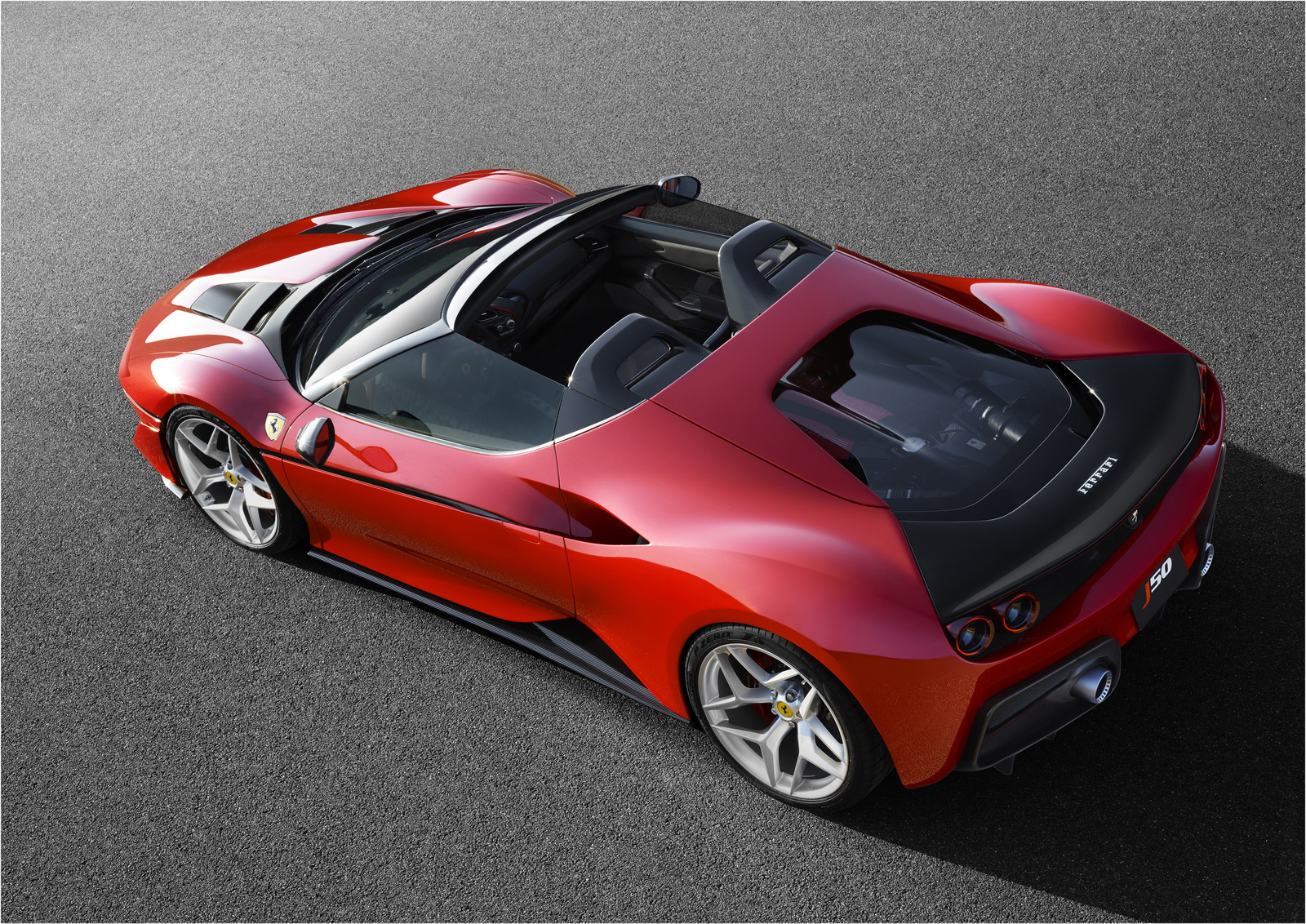 Ferrari Italian supercar has just turned 50 years of existence in Japan, a special occasion which had to be celebrated with a special model – the all-new Ferrari J50 Limited Edition.

The carmaker has kept secret this model and we have the first pictures with it in a premiere. As we can depict from the photos, the model is based on the 488 Spider, yet comes with a lot of styling influences from Ferrari models released back in the 1970s and 1980s, or even earlier from the 1950s.

Besides the vintage design lines, the all-new Ferrari J50 Limited Edition also comes with a futuristic design, highlighted by the new front from the LaFerrari. But the model is best described by the carmaker itself:

“While the ‘helmet visor’ effect, which spawns from the window graphic, is reminiscent of Ferrari’s open competition barchettas going as far back as the 1950s, the black dividing line is a novel interpretation of a recurring Ferrari styling cue seen on iconic models such as the GTO, F40 and F50. Circling around the front of the car below knee height, it is a key element which alters the perception of the beltline, setting it at a much lower height than usual, transforming the J50 into a barchetta.”

Besides the retro and the modern design all-together, the all-new J50 also comes with the 20-inch forged alloy wheels, aggressive front end with slim horizontal LED headlights, new side air vents, two twin taillights, as well as a jet engine-inspired rear diffuser. Inside, the cabin welcomes you with an impressive feel, highlighted by the two-tone red and black leather and Alcantara.

Under the hood, the Ferrari J50 Limited Edition packs a 3.9-liter V8 twin-turbo engine, which is the same one used on the 488 Spider, developing 20 horsepower more, meaning a total of 680 horsepower. Even if the performance figures haven’t been released, rumors have it that the Limited Edition might be much faster than the Spider, which manages a 100 km/h sprint in just 3.0 seconds, at a top speed of 325 km/h.

Only ten units of the Ferrari J50 Limited Edition will be available in Japan, with the price tag to be released later on.