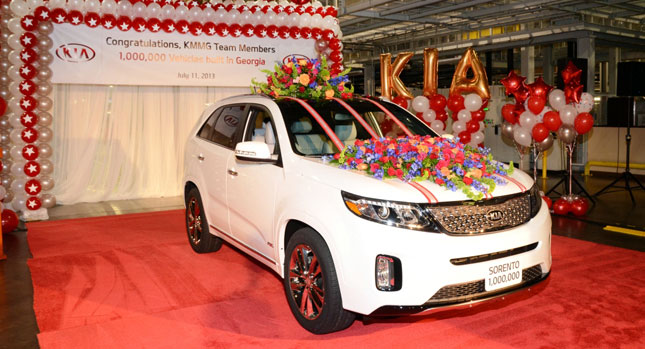 It seems that the South Korean company managed to hit an important milestone today as the one millionth vehicle rolled off the assembly line in the States.

The US-built model is a Kia Sorento SXL, assembled at the West Point plant in Georgia. Kia builds the SUV at this facility since late 2009 while the Optima model joined two years later.

“People are the heart and soul of this company, and our team members’ commitment to world class quality is one of the major driving forces,” adds Kia.

In conclusion, Kia managed to build 1,000,000 models in less than four years in the United States. This is not a very surprising fact considering that the Optima sedan is the best-selling model of the company for almost two years in the States.