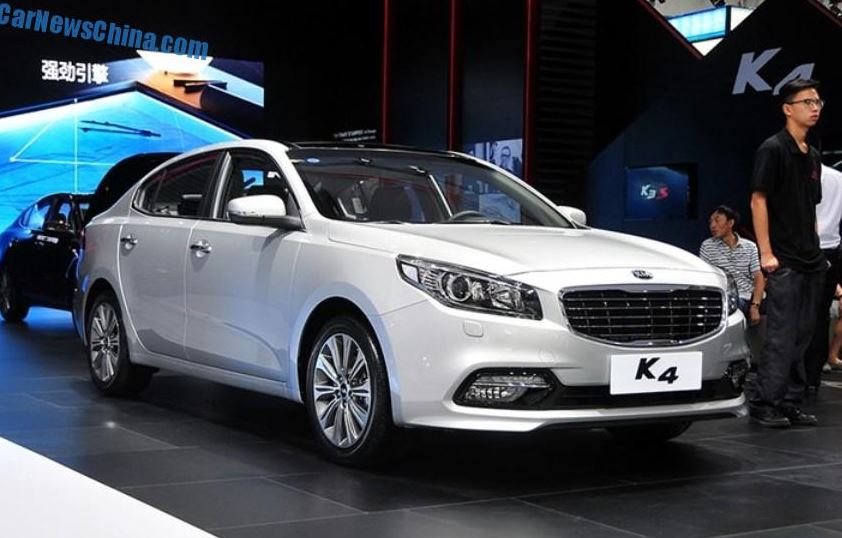 The China’s Chengdu Motor Show was a perfect opportunity for the Kia South Korean based automaker to launch its newly K4 sedan, especially aimed towards the Chinese market.

The model in question will be entirely built by the Dongfeng-Yueda-Kia joint venture, which intends to solely sell the model in China.

The Kia K4 sedan was first introduced at the 2014 Beijing Auto Show, around five months ago, as a concept car, with the opportunity of officially launching at the China’s Chengdu Motor Show.

The Kia K4 sedan is 4.72 meters long, with a wheelbase of 2.7 meters, which is specially designed to allow increase space at the back seats.

Under the hood, the Kia K4 sedan is coming with two gasoline units, meaning a 1.8-liter delivering 146 horsepower and 175 Nm of torque.

The other 2.0-liter unit develops 162 horsepower and 194 Nm of torque, with the carmaker also planning a 1.6-liter with 175 horsepower unit.