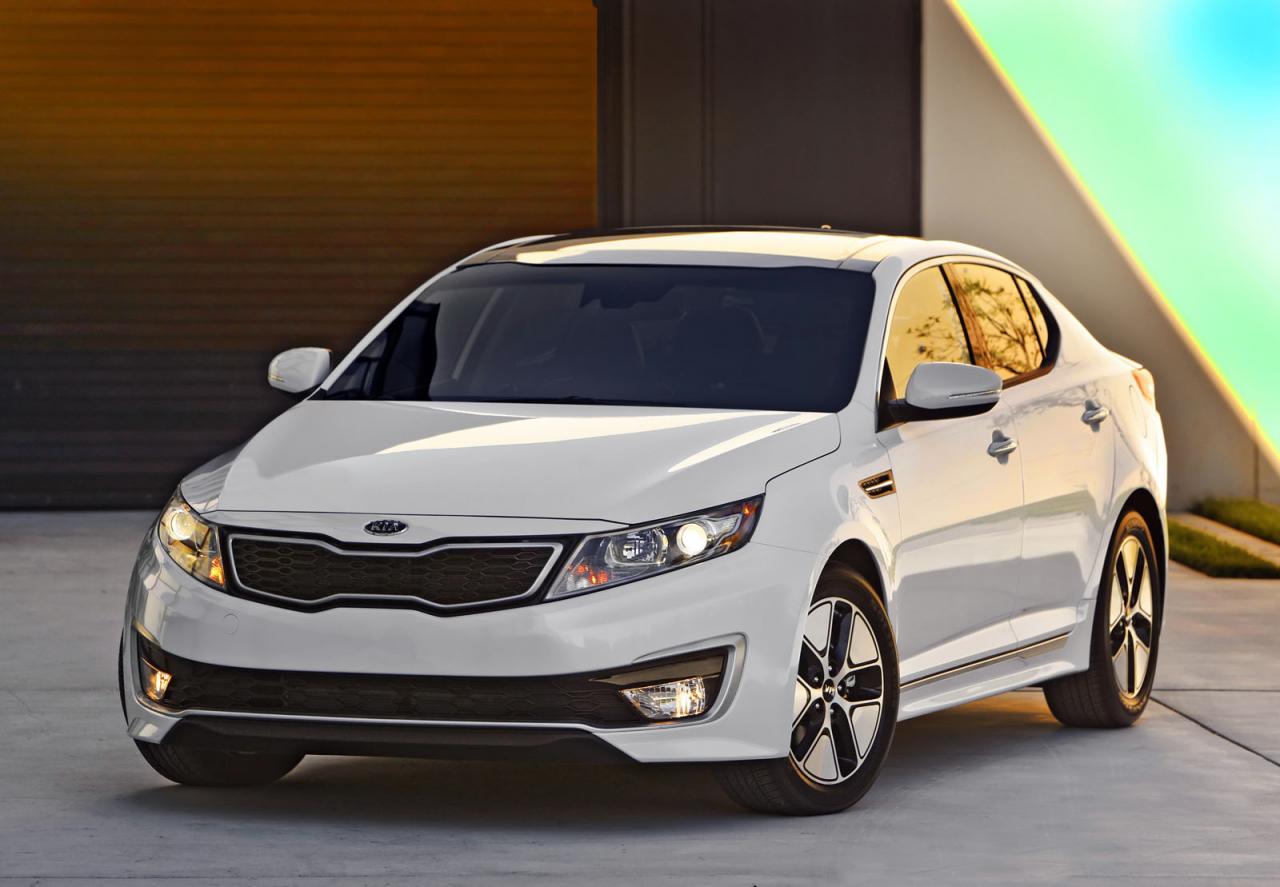 Kia released official details on the 2013 Optima Hybrid, a model which receives few styling tweaks but more important, some significant changes under the bonnet.

In this situation, the 2013 Kia Optima Hybrid delivers 199 horsepower and 318Nm of torque. Fuel economy figures are rated at 36mpg (city) and 40mpg (highway), better numbers compared to the outgoing model.

In terms of styling, the South Korean model gets a rear spoiler, new alloy wheels and panoramic sunroof. Inside, buyers will get an eight-speaker audio system, heated seats and satellite navigation on higher-end models.

“In addition to increases in performance and efficiency, the 2013 Optima Hybrid also benefits from greater trunk space than before, thanks to the repackaging of the vehicle’s battery pack,” concludes the company. Pricing and availability details were not disclosed yet.