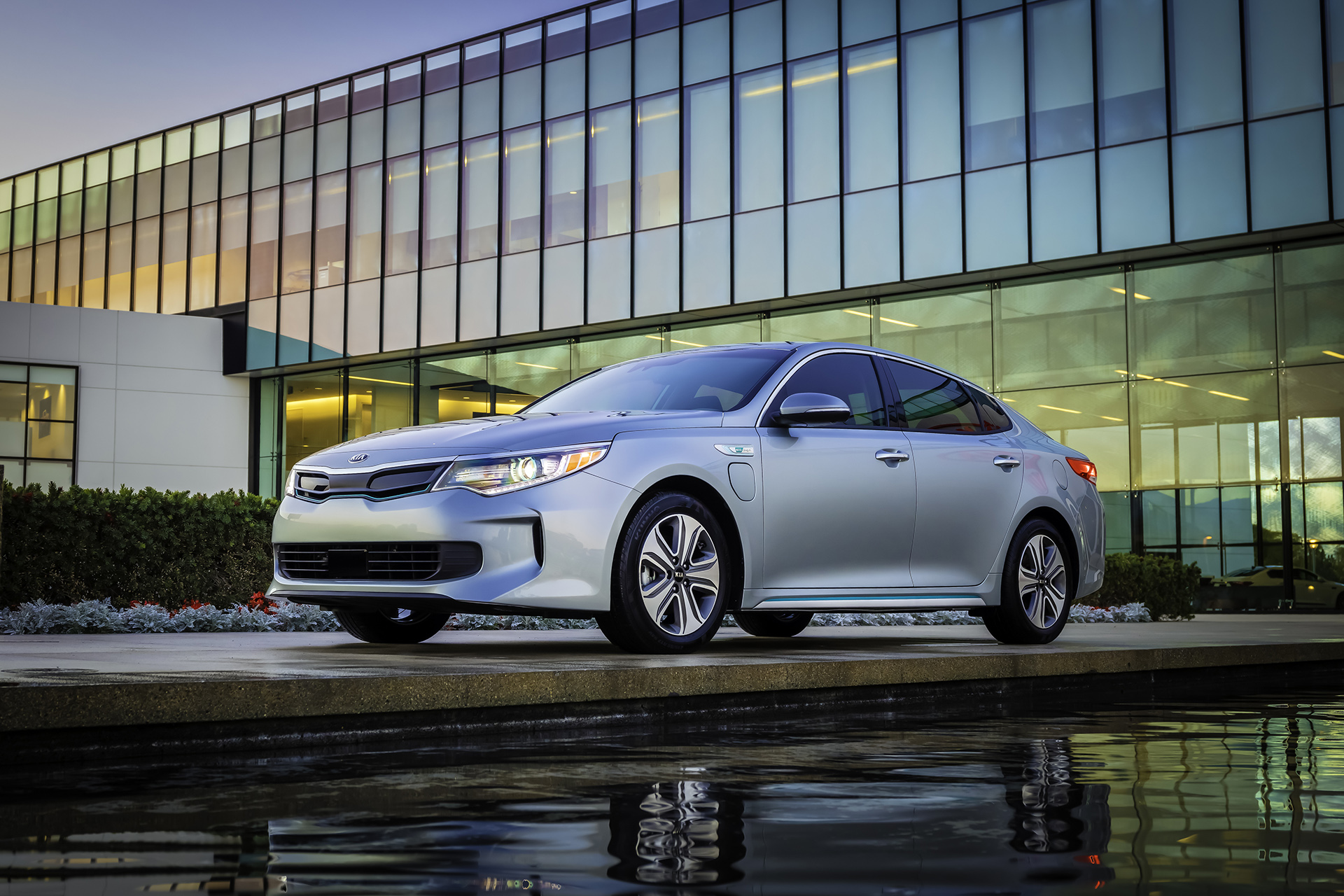 Everybody knows Kia Optima. These days, during Chicago Auto Show, Kia shows us its first plug in hybrid based on the production model.

Together with 2017 Niro, the Optima Plug-in Hybrid marks the begining of a new era for Kia. They will be sold as a part of Kia Motors EcoDynamics sub-brand, which produces environmentally friendly cars. The 2017 Optima PHEV focuses on maximizing both the efficiency and the dynamics. It uses a 2.0 liters GDI engine, coupled at a 6 speed automatic transmission. It delivers an excellent 154 hp, showing the dynamic intentions of the car. An electric motor, linked to the transmission, produces a good 50 kW, which means 42% more than in the previous Optima Hybrid. Together, they bring 202 hp at the driver’s foot.

The technology used at the new mechanical components helps the engine obtain a 20% improved fuel economy over the previous generation: the oil pump is fully electrical and the gearbox is now water cooled. Optima PHEV reaches a total 600 miles range, partially thanks to the 60 percent increase of batteries capacity, compared to those used in the outgoing Optima HEV. In full EV mode, the range is estimated at 43 km, an excellent value in its class. More, in three hours you’re ready for other 43 km, because that’s how long it takes to fully charge the batteries at a 240v socket. The battery pack is hidden under the rear seats, so the luggage compartment remained untouched. It equals the 0.24Cd of Tesla Model S, being therefore on the top of the segment.

The safety includes advanced technologies, such as Autonomous Emergency Braking, which automatically decelerates and even stops the car to avoid a collision. Blind Spot Detection, working together with the Advanced Smart Cruise Control and Lane Departure Warning System take care of the driver’s comfort. Lately, Kia made huge steps in all the aspects, including design, reliability and performance. Now, they take the next natural step, by starting to build plug in hybrids. What’s next? Probably a hydrogen fuel cell Kia.