Lada To The Arctic 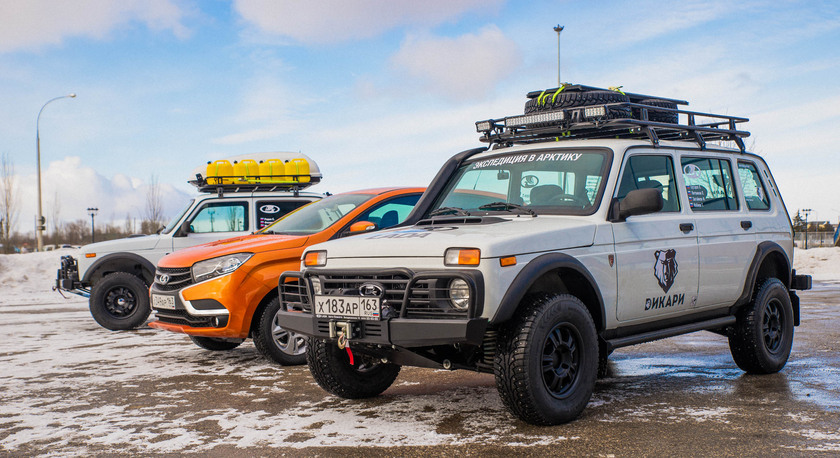 If you would have to choose a car for a test drive to the Arctic, what would it be? Probably a super-tough Lada, which proved its qualities over time. Hopefully, there’s no need to do such a trip, as the Russians decided to do it themselves.

Think at this action as at the typical Russian way of celebrating: it’s the 50th anniversary of the Avtovaz brand. With this occasion, they will take a couple of Niva with them, as you would probably expect. But the Russian SUV is not the expedition’s star anyway. The two 4×4 cars will only ensure the support in case the unpredictable problems will hit the expedition.

The center of attention will be the Lada’s flagship model, the Xray crossover. To prove the car’s reliability, they will make it experience the low Arctic temperatures and harsh road conditions without any modifications on the factory version. I mean why extra prepare a car that’s designed for long journies at any temperature? Not to mention it’s a Russian car. It should handle the Arctic typical bumpy roads anyway, if we look at the 195 mm ground clearance.

As a part of the support team, the two Niva are heavily modified, thanks to the “Northern” pack. It means a higher road clearance, a reinforced chassis and the presence of self-locking differentials. The roof will support some of the team’s luggage, while the extra insulation will take care of the onboard temperature. However, the engines and the gearboxes aren’t modified. The whole fun will start on 14th of March. Until 2nd of April, when the expedition will end, it will cover a total distance of 6500 km, the cars reaching the most northern Russian village: Varadei.