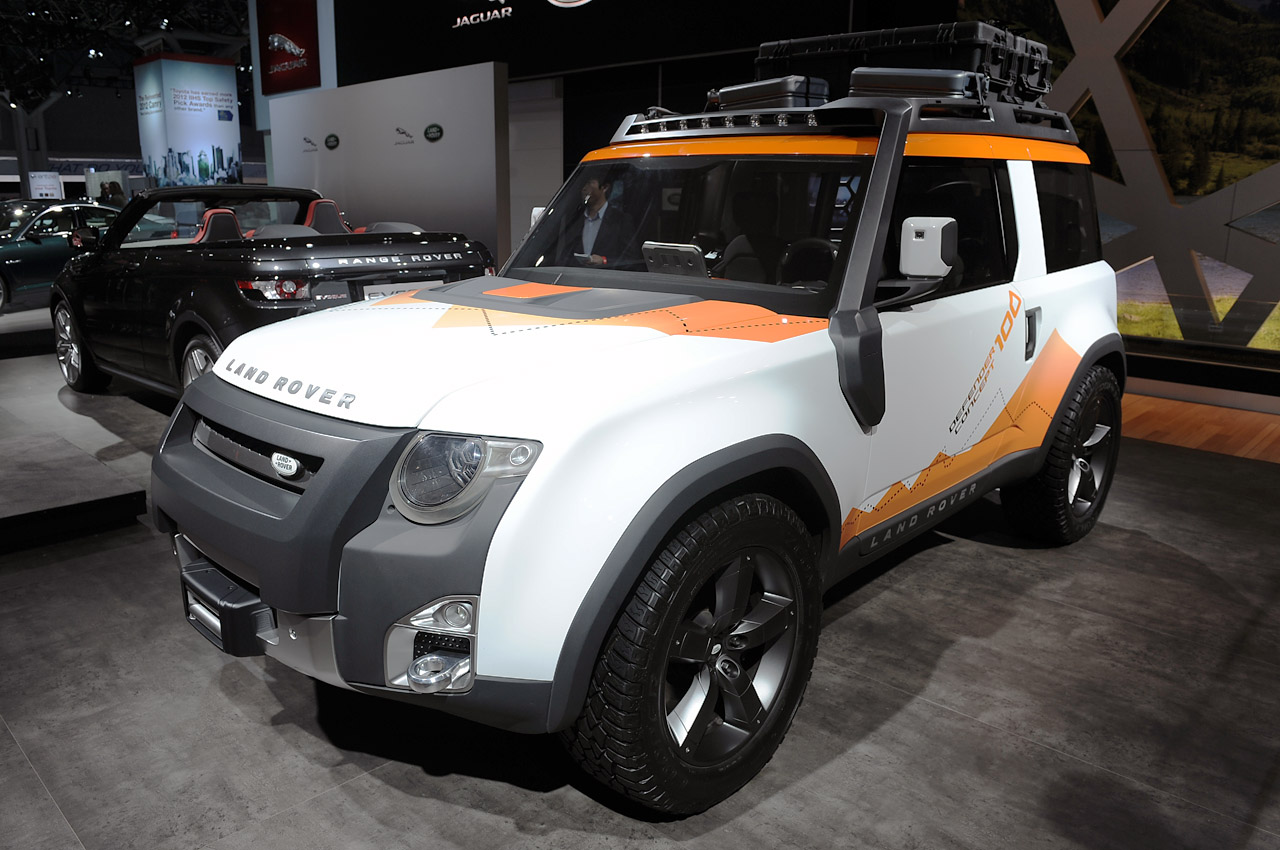 So the New York Auto Show is just opening up to the public and the journalists have already had their fun with all the displays there.

Now it’s the turn of us regular peeps and if there’s something I know about us is that there’s an unbalanced attraction to concepts.

Here’s one, it comes from Land Rover and it’s called the DC100 Expedition Concept. It is very charming because it’s very simple to explain.

It’s a simple though looking offroader and it seems to have the sort of look that all our toys had when were small kids playing in the sand box.

Land Rover tells us that this concept may look like that and is quite the fun car but the technology and accessories it comes with is very serious.

Since the Land Rover DC100 Expedition Concept might one day be the long awaited follow-up model to the several decade old Discovery, it should be able to really put on a show when the road ends.

This is the sort of stuff that’s highlighted by a set of short overhangs, a bumper integrated winch, a snorkel and a roof rack to help you carry anything.

You can apparently travel so low underwater that you’ll be able to guide yourself using the Wade Aid system.

Sounds a little unclear but basically it means Land Rover have fitted this concept with sonar. How about that, not only does it look like a toy truck, it can turn into a submarine.