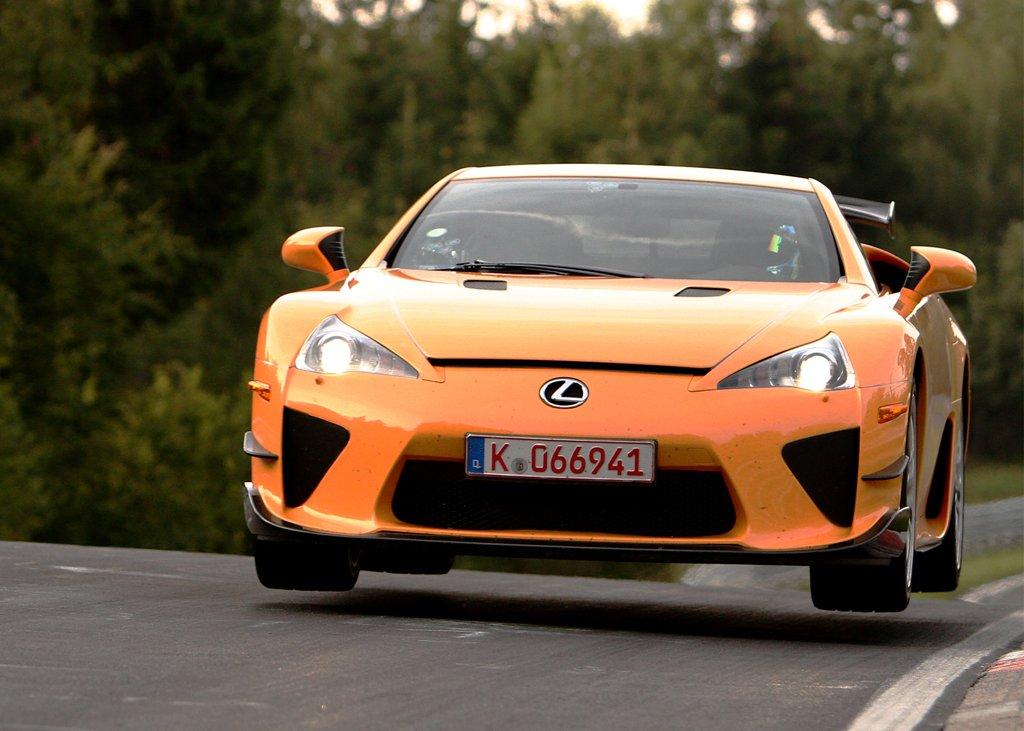 Just last week, the Japanese at Lexus have announced that their Nurburgring Edition managed to get round the track in Germany that lend it a name in a very fast time.

The LFA is fast, the Nurburgring edition is that little bit quicker so why are we surprised? Well, mostly because the LFA Nurburgring Edition claimed to have the production car record.

A 7:14.64 time round the Green Hell just doesn’t go around unnoticed so the chaps at Lexus have been “forced” by gossip and doubt to release the following video.


Upon watching the video it seems like the few slightly different mods and bits Lexus fits on this car to turn it from a regular LFA to a Nurburgring edition have worked together quite well.

That means that the new limited edition special 50 units of the Lexus LFA Nurburgring Edition are currently the fastest lap time record holder around the aforementioned track.

Part of the success may be related to the 4.8 liter V10 engine that pushes out 563 horsepower through a special six speed sequential gearbox.

The rest of the performance figures come in at a 0 to 62mph acceleration of just 3.7 seconds and a top speed figure of just 202 mph.

New aerodynamic packages and suspension tweaks may be worth a lot around a track but you can’t credit them with all the work now can you?