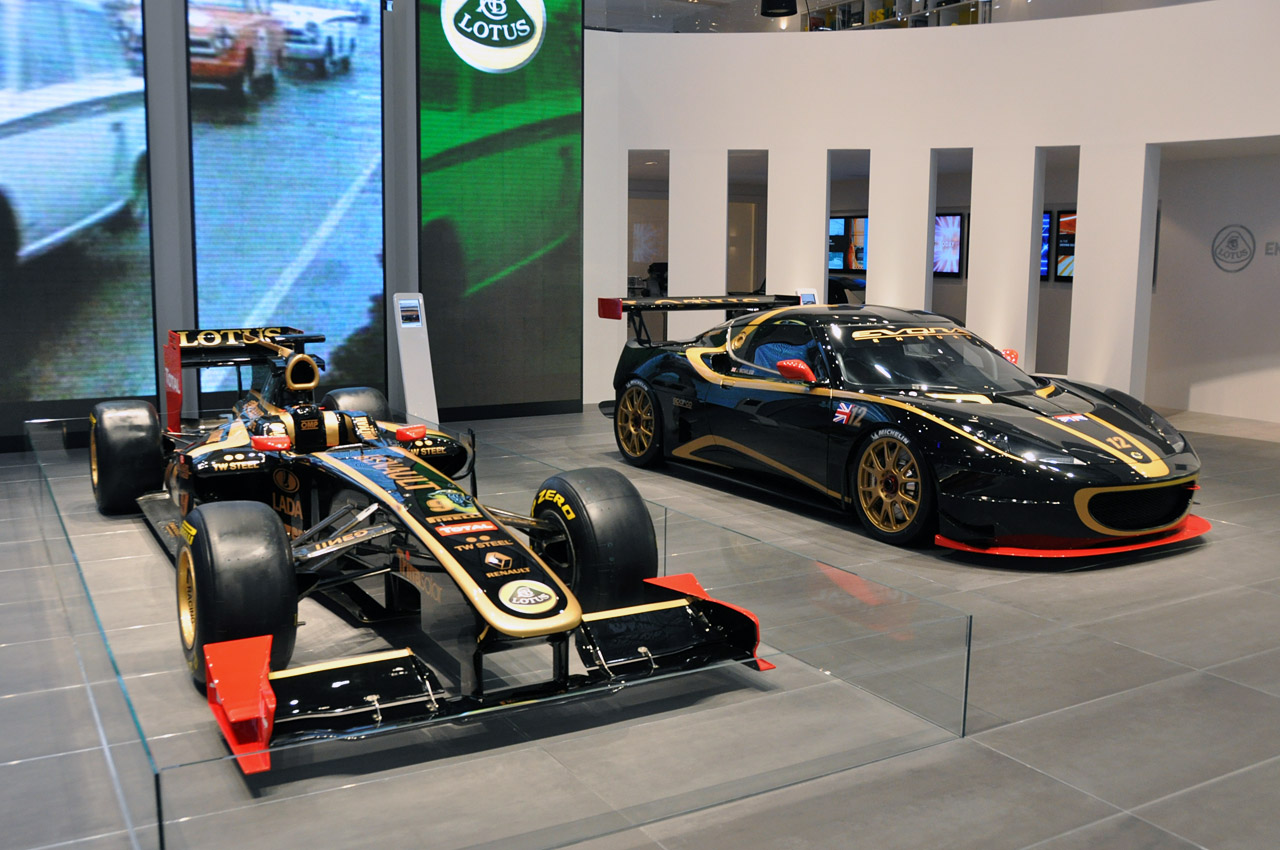 The Geneva Motor Show of 2011 has had its ups and downs, there were hot EVs and slightly dull Audis but the British did help us along.

The British at Lotus that is, because they’re stand at the Geneva Motor Show looks very race like.

Racing pedigree came from the Lotus showcasing their new racing liveries for the Formula 1 cars and a special edition.

In becoming a special edition, a Lotus Evora got the same livery such as the single seat runner of the top motorsport.

The black and gold livery is a bit of an issue for many people because a while back the John Player Special was used to advertise tobacco.

Since tobacco advertising has been banned in Formula 1 for some time, you can probably guess where the controversy comes from.

The Lotus Evora standing along side the new F1 race car is also going to be a racer, not just a special edition.

Under the Lotus racing plans, this particular Evora will run in the GT4 championships.

Here’s the deal, even though I don’t know why people are so offended by tobacco advertising I will admit that this new Lotus livery looks amazing.

If only Lotus racing cars of the present were as fast as they look.