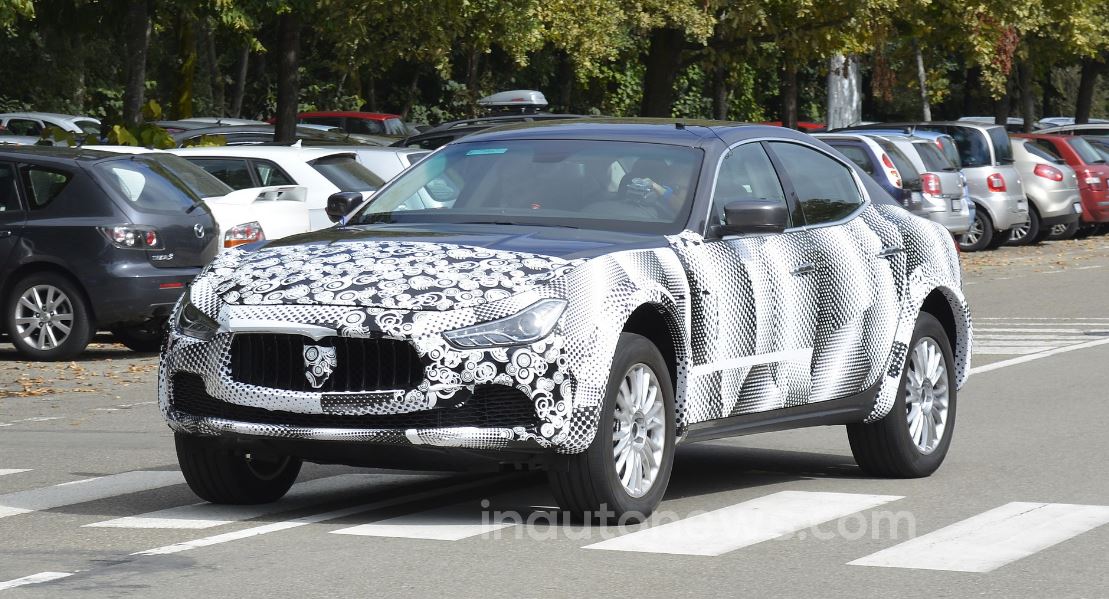 The Maserati Levante SUV is ending up in our news again, the model being caught on shots while wearing some camouflage on the public roads.

The test mule seen here with the Maserati Levante SUV is showing a disguised body, which kindly resembles with the Ghibli sedan.

The upcoming Maserati Levante SUV will be built to compete against the Porsche Cayenne and not the Bentley SUV, as previously rumored, being aimed towards expensive buyers.

Rumors also state that in terms of mechanical engineering, the Maserati Levante would be standing on the Quattroporte platform, while others confirm the existence of a 4×4 platform, taken from the Jeep Grand Cherokee.

Under the hood, the Maserati Levante is also rumored to come with three engines at least, meaning a twin-turbo with 560 horsepower or a twin-turbo V6 with throttle between 350 horsepower and 425 horsepower, both for the gasoline units.