Master Of The Rings: Audi R18 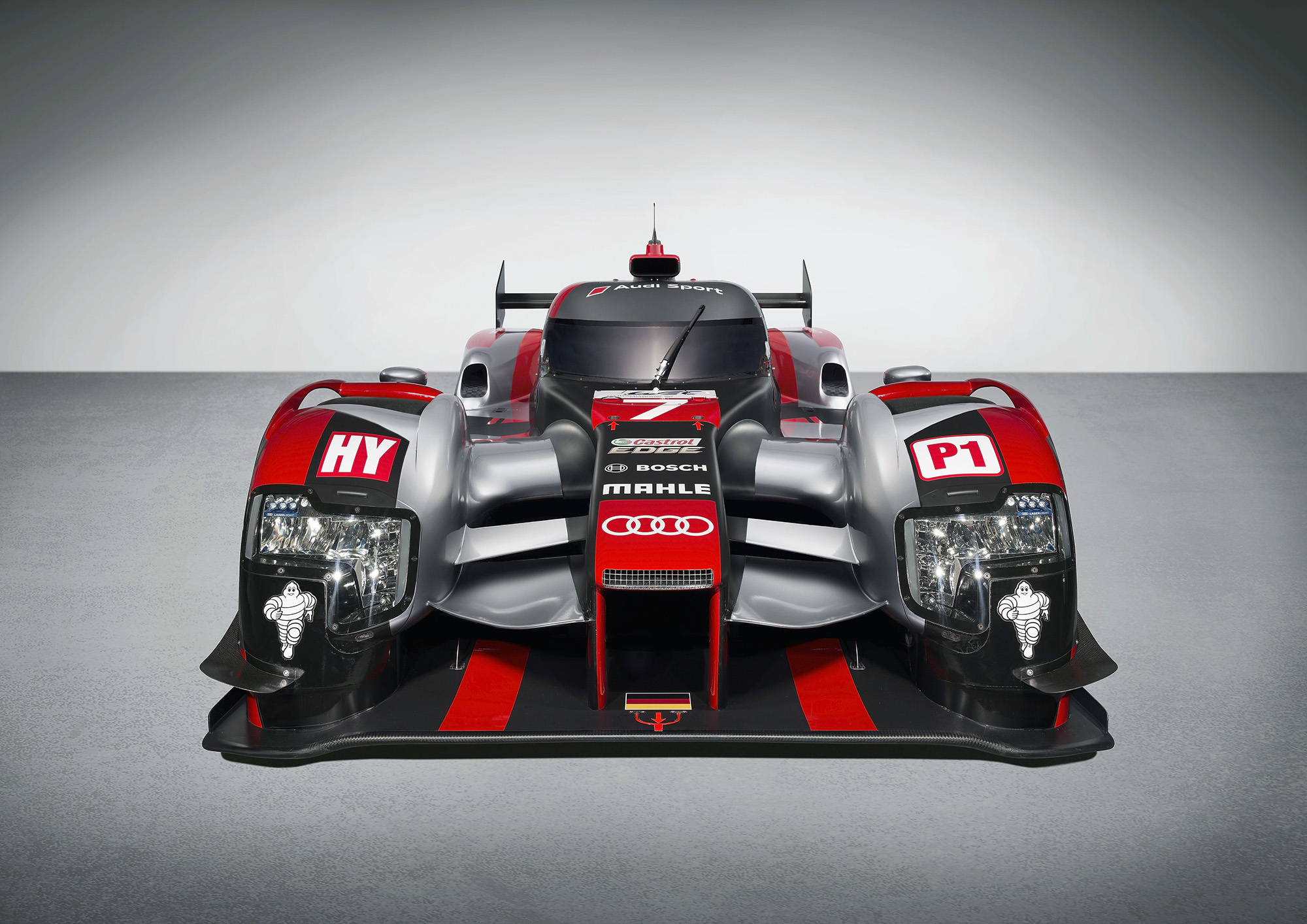 What do you feel when you look at this car? Now imagine it reflected in your both rearview mirrors. Yes, it looks frightening and intriguing the same time. But let’s find out what does it bring new for the 2016 season.

Everything’s new. The TDI hybrid engine delivers over 1.000 hp while consuming ten percent less fuel than its predecessor. This efficiency will help it compete in the FIA WEC 2016 season, because the regulations have become more restrictive: the maximum allowed fuel consumption has decreased by 10 megajoules for each lap. The R18 will enter the 6-megajoule class, due to an impressive 50 percent more energy recovered than the previous model.

The body aspect is different than the previous model’s one: the proportions for different parts of the body have changed for a better mass distribution, while the vehicle’s nose is clearly slimmer, improving the airflow. In this new version, the vortex effect is virtually absent, so almost zero energy in spent on turbulences. For a better stability, the points where the front suspension is mounted in the chassis have been changed, while its main elements have been retuned. Another interesting fact is that the better performing powertrain allowed the engineers to adapt a new, 6-speed, lighter transmission, instead of the old one, with 7 speeds. This helps the R18 stay at the minimum legally weight, of 875 kg, in spite of the heavier, more powerful hybrid system.

Speaking of the hybrid system, in 2016 it will accumulate the energy in a battery and not into a flywheel accumulator, like before. The reason is that, since 2014, the total amount of recuperated energy tripled and batteries are more suitable to accumulate such a big quantity of electricity. At Le Mans, the regulations are that only 408 hp of recovered energy may be supplied for acceleration. However, the Audi hybrid system is capable of 476 hp, which won’t be used all-at-once, but will be available for a longer period of time.

The 4 liter, V6 diesel engine is more efficient than ever, yet managing to produce over 850 Nm of torque. It is based on the 3.7 liter, V6 engine from 2011 and its fuel consumption has been decreased by 32.4 percent. More, compared to the 2006, when the TDI has been first used by Audi at Le Mans, the 2016 engine burns 46.4 percent less diesel!