Mazda MX-5 sales in the UK reach a new milestone 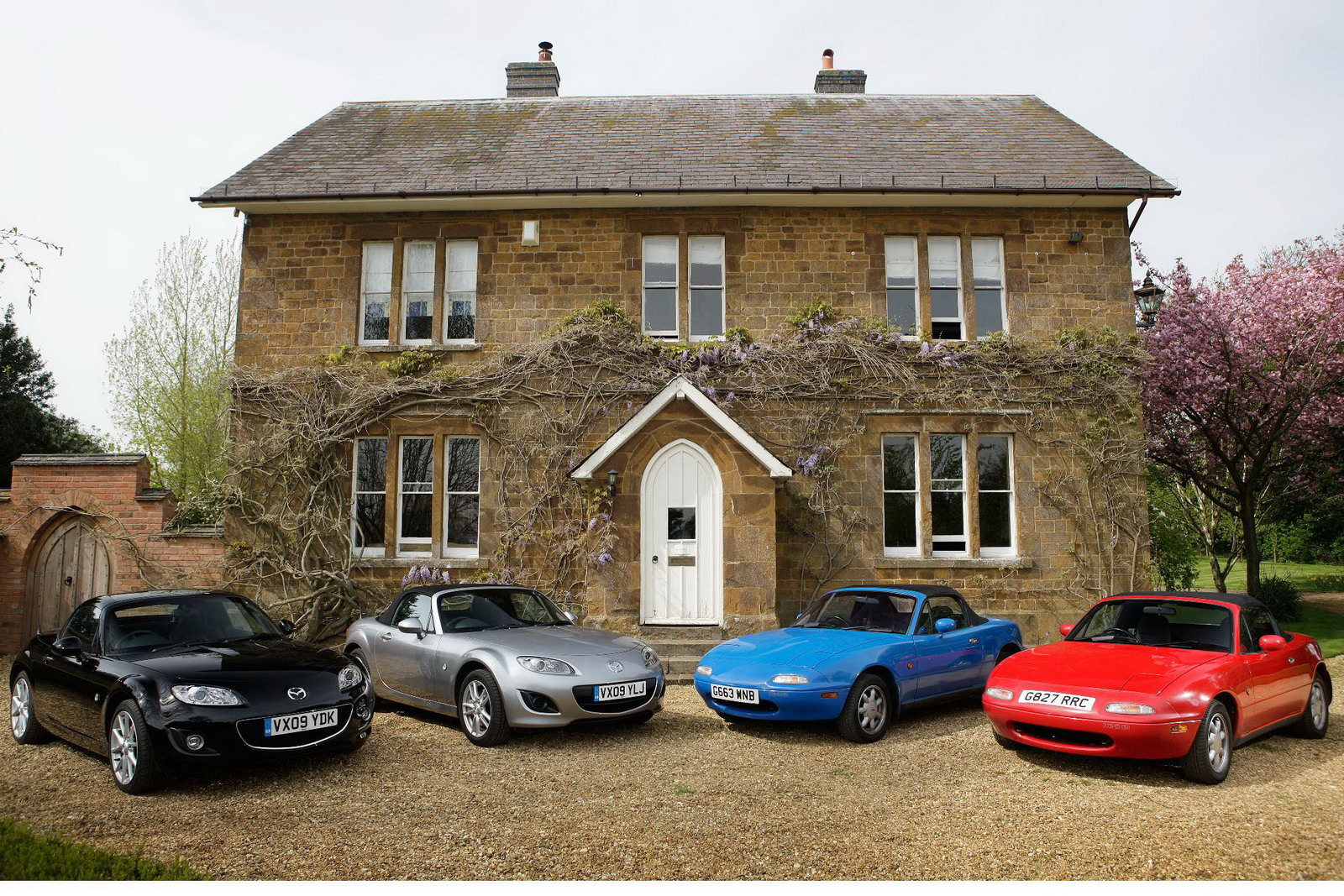 What more could I say about the Mazda MX-5 that hasn’t already been told. It’s the most popular roadster of all times, it is a sales phenomenon and is slowly achieving a status that surpasses that of an icon.

The latest news related to the MX-5 (or Miata to some) is that sales of the small RWD open top Mazda have recently reached a nice, round figure of 100.000 units. Upon reaching this important milestone in any car’s sales Mark Cameron, sales director, Mazda UK held a speech.

To be honest, it wasn’t anywhere near Tony Blair’s or Margaret Thatcher’s work but he did hit the best points with a great deal of eloquence and mentioned that the Mazda MX-5 has been available in the United Kingdom since 1990 and between it’s launch date and the present achievement the British have been accountable for a whopping 40 percent of European sales. Furthermore, in an attempt to highlight UK importance for the model, the statement also included a mention of the fact that 10 percent of global sales for the Mazda MX-5 take place in Britain.

Briefly running through the Mazda MX-5 and attempting to explain why the British motorist and indeed, the world, is so fond of it can be reduced to the fact that it represents a rebirth of the Roadster icon, two seater, open top, front engine, rear wheel drive, manual gearbox and an absolute peach to drive with the wind in your hair. The car has now reached it’s third generation and what my favorite bit about it is that through all it’s life nobody wanted it to have better handling, more grip or any such thing. That says a lot.