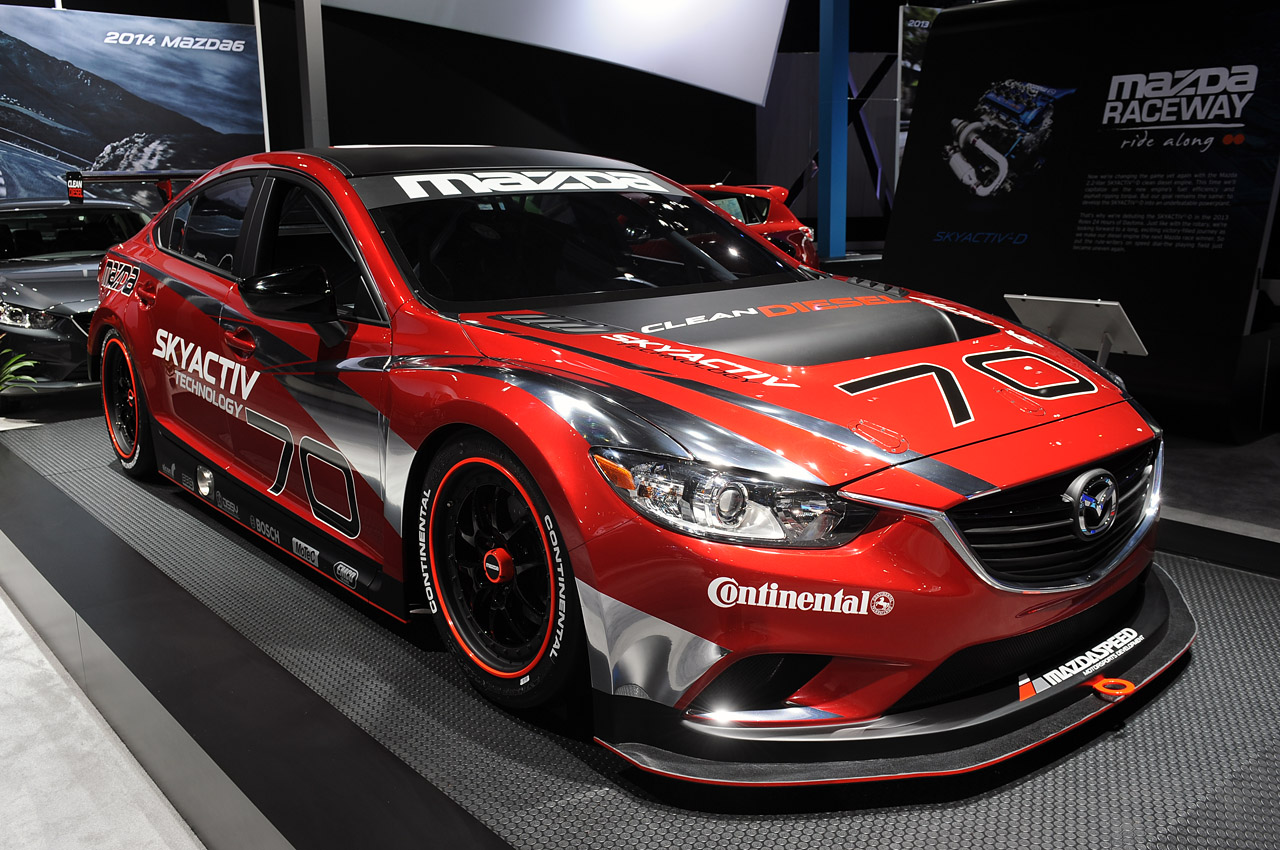 I’m fairly confident there’s a bunch of people twisting in their graves at this moment but we don’t really have that much respect for their close minded thinking anyway.

Mazda, which in case you missed their entire history, is a Japanese car maker, just unveiled a new car at the 2013 Detroit Motor Show.

It’s a racing car, one that was designed with Grand-Am competing in mind, as a ramp up for the big show in Le Mans endurance racing.

Having had previous experience in the field they’ve managed to work in some of the new trends that have been happening since they won in the competition.

For starters, the 2014 Mazda6 came around and there’s another major trend moving into endurance racing.

That’ll be diesel power, the idea Audi introduced and then dominated with at Le Mans. This newly unveiled racer, the Mazda6 Skyactive-D racer might do the same to Grand-Am.

A race debut is scheduled quite quickly on January 26 at upcoming 2013 Rolex 24 event. It’s where the all the work the guys at SpeedSource will be translated into reality.

Mazda’s racing partner has come up with quite the impressive saloon car racer and since it uses the stock engine block (and a few other bits) and still develops 400 horsepower it should make them proud.

In this competition, Mazda will be fielding three vehicles with a fairly capable set of drivers, one of which is actually the younger brother of Dario Franchitti.

Should be one to watch for. It’s actually one that might not be capable of competing but is building on some interesting heritage.