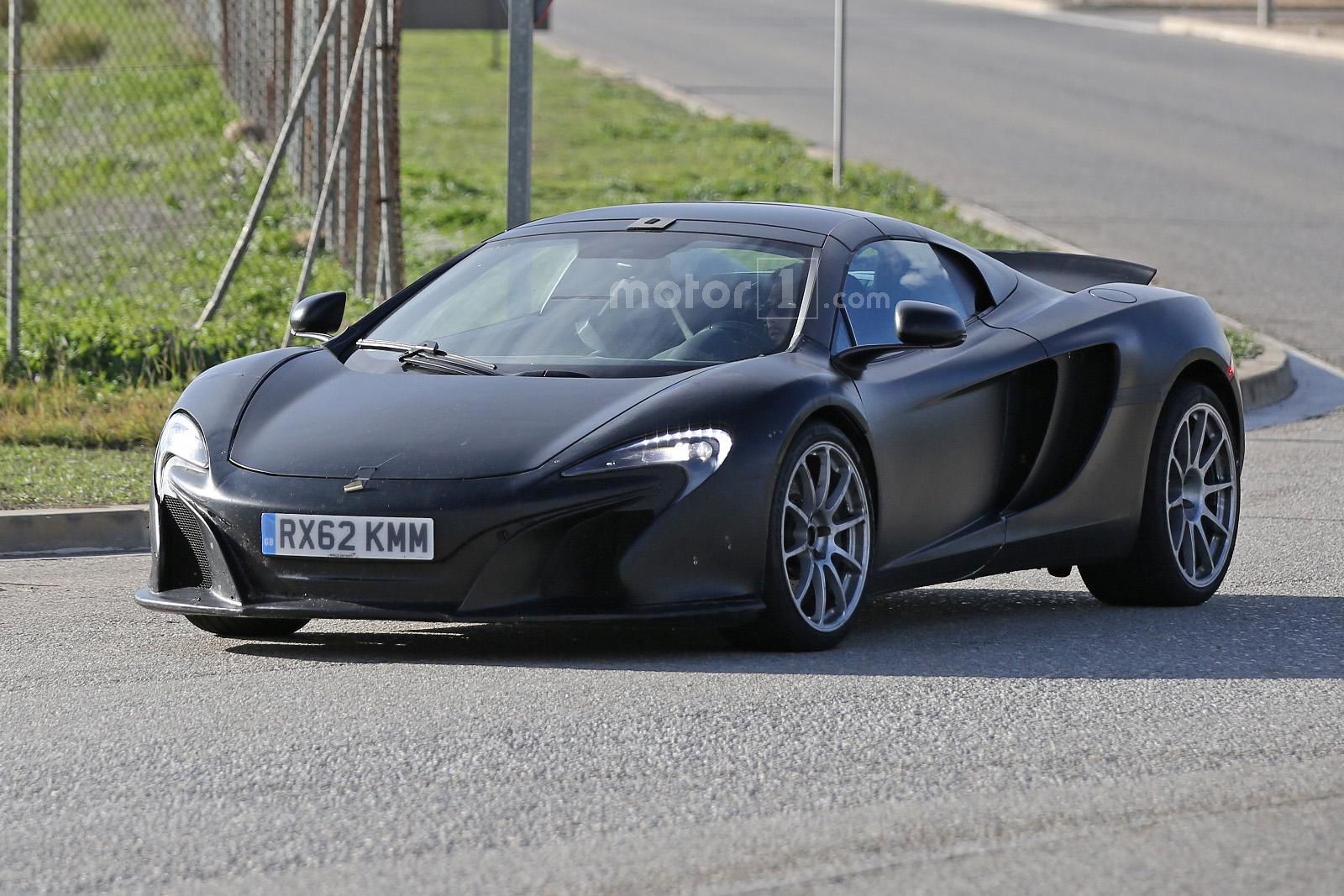 The McLaren 675LT was officially unveiled at the 2015 Geneva Motor Show last March and the model has been already sold out for this year, a reason which determined the carmaker to plan a convertible version of the succesfull supercar.

These spy shots with the McLaren 675LT Spider are the standing proof that the model is in its final tests before being released on the market next year.

As we can depict from the spy shots, the McLaren 675LT Spider will be based on its coupe sibling, but will come with its own features, like stiffer springs, updated ESC system, recalibrated seven-speed SSG transmission, and a few more.

The supercar is also expected to shed some weight off, around 100 kg, which will place it above the 650s Spider.

The McLaren 675LT Spider will be introduced somewhere in 2016, joining the 570 GT and the 570S Spider. Until further details, enjoy the spy shots with the 675LT Spider and don`t forget to share your opinions with us!