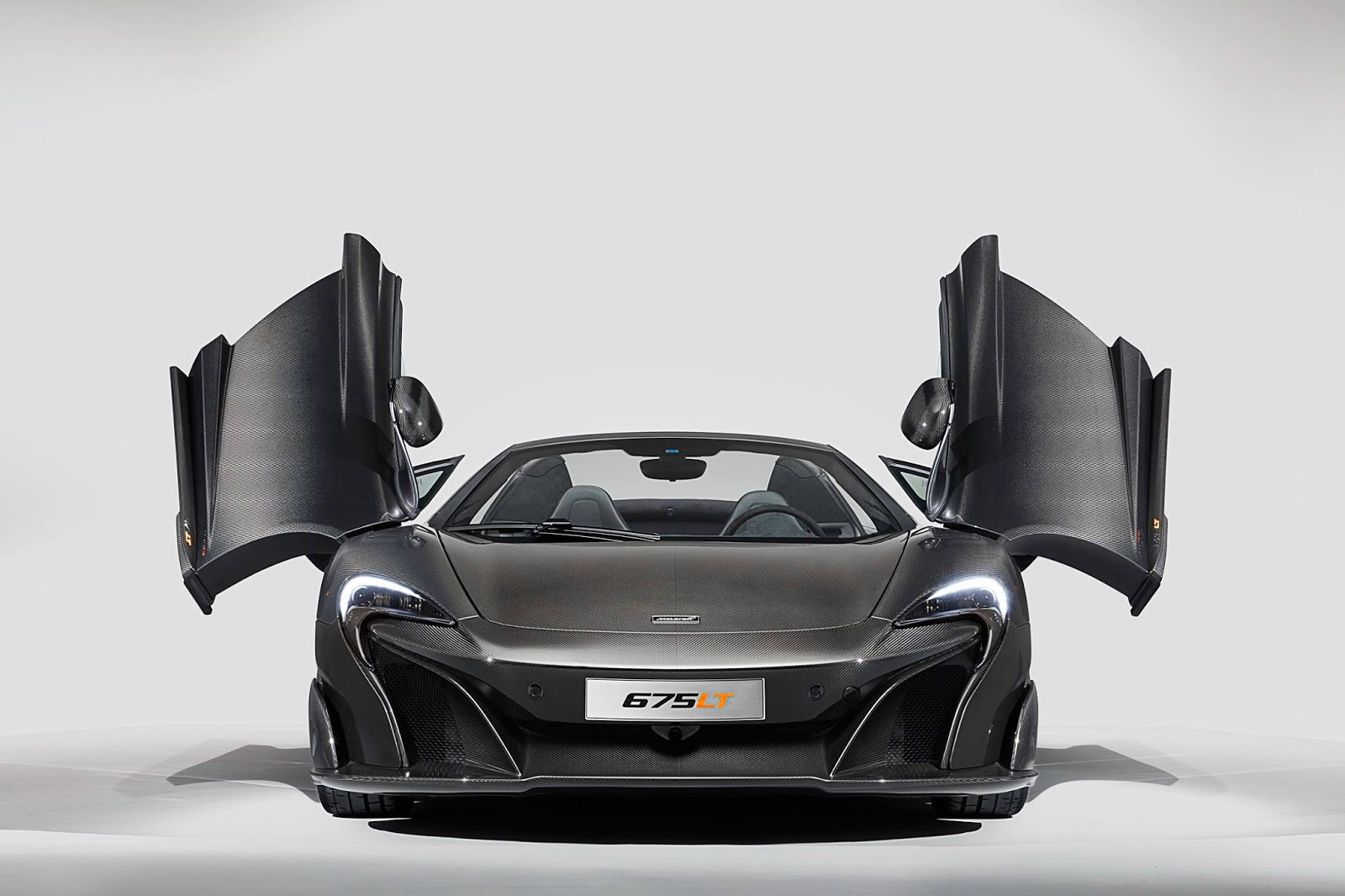 I have a deep respect for the Birtish carmaker McLaren for the exquisite and rare supercars that is producing, each one bringing state-of-the-art technology and advanced aerodynamics, main attributes which make them one of the best and most appreciated supercars in the entire world.

And the fact that the company can rely on its hardcore division, the MSO (McLaren Special Operations), is an advantage, as the latter one takes a stock version and recreates it into something more unique and appealing. And we have seen a lot of MSO`s McLarens coming with aftermarket tweaks and upgrade performance, which make them even more special.

In this case, MSO division has created something different in terms of styling. We are looking here at their special carbon fiber package called the Carbon Series LT, available on the McLaren 675LT Spider, meaning lots of carbon fiber parts on its body.

The carbon fiber package comes with exquisite features, such as carbon fiber front and rear bumpers, side sills, roof bonnet, hood, adding as well a new set of wheels. Overall, the model looks astonishing and is now ready to be taken for a photo session. As for the prices, MSO hasn’t revealed any, but we should expect fresh details in the upcoming period.

As for the car`s performance, this remains stock, meaning the same 3.8-liter twin-turbocharged V8 engine with 666 horsepower, managing a sprint from 0 to 100 km/h in just 2.9 seconds, at a topping of 320 km/h. And that makes it one of the fastest supercars in the world!

Enjoy the photo gallery with the McLaren 675LT Spider Carbon Series by MSO and don’t forget to share your opinions with us!

Tweet TweetMcLaren supercars are perhaps the most hunted-down models by tuning companies all over...