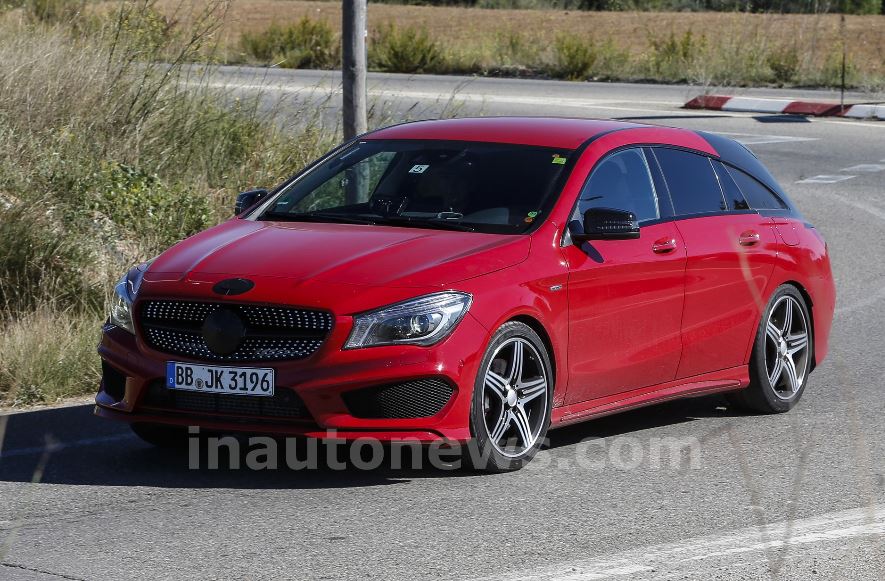 The Mercedes-Benz CLA Shooting Brake was recently caught on shots again by spy photographers from inautonews.com online car magazine, the model coming with no camouflage this time.

The Mercedes-Benz German based carmaker is apparently approaching the final tests concerning the CLA Shooting Brake, making its appearance on the track with a new body which reveals more practicality.

As seen in the shots, the main changes were made at the back, where the Mercedes-Benz Shooting Brake will come with additional rear headroom, more cargo space, compared to the four-door coupe version.

The fresh CLA Shooting Brake will basically resemble its four-door sibling coupe, but we are not yet sure the engine lineup it will pack under the hood.

Rumors inside the company say that the Mercedes-Benz CLA Shooting Brake will be coming with the same engines also found on the four-door coupe model.

The AMF variant might also be offered, in the shape of a CLA 45 AMG Shooting Brake, perhaps coming with the same 2.0-liter turbocharged, available on the CLA, A-Class or GLA.