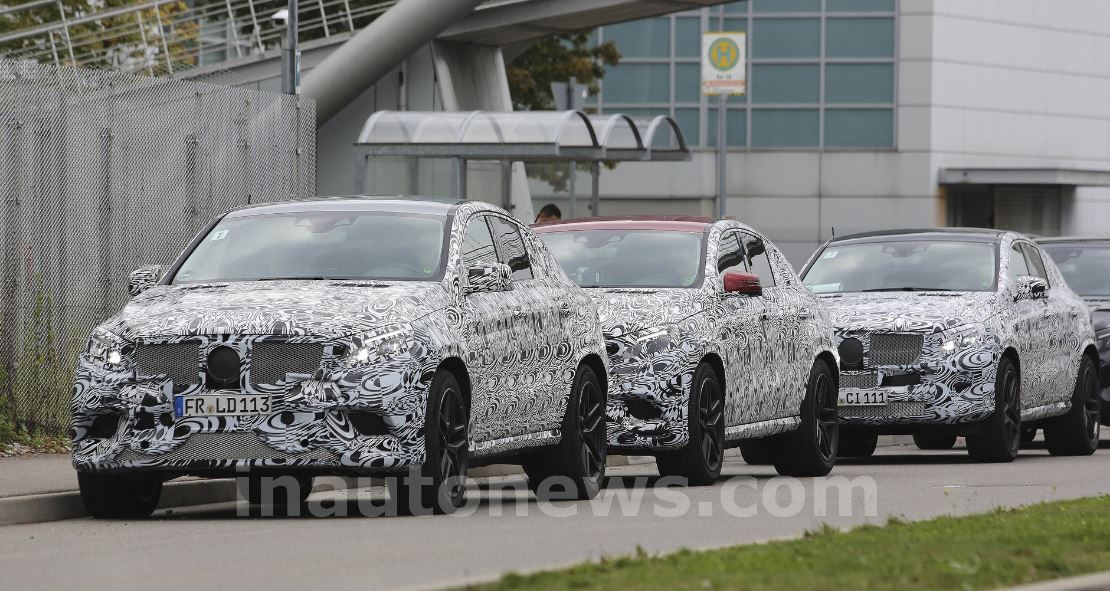 Spy photographers from inautonews.com online publication have recently managed to catch on camera the Mercedes-Benz GLE Coupe, which is a serious indication that the model will be coming soon.

This is not the first time the Mercedes-Benz GLE Coupe, or the MLC as it was previously called, is spied on shots, the model coming this time with more distinctive pictures, which reveal the camouflaged body of the model.

More changes refer to the front and rear bumpers, side mirror caps as well as the new set of wheels, which should make the model stand out from the crowd.

The Mercedes-Benz GLE Coupe will compete against the BMW X6 M, supposing to be unveiled at the 2015 North American International Auto Show (NAIAS) in Detroit.