Mercedes kicks production of the new CLA in Hungary 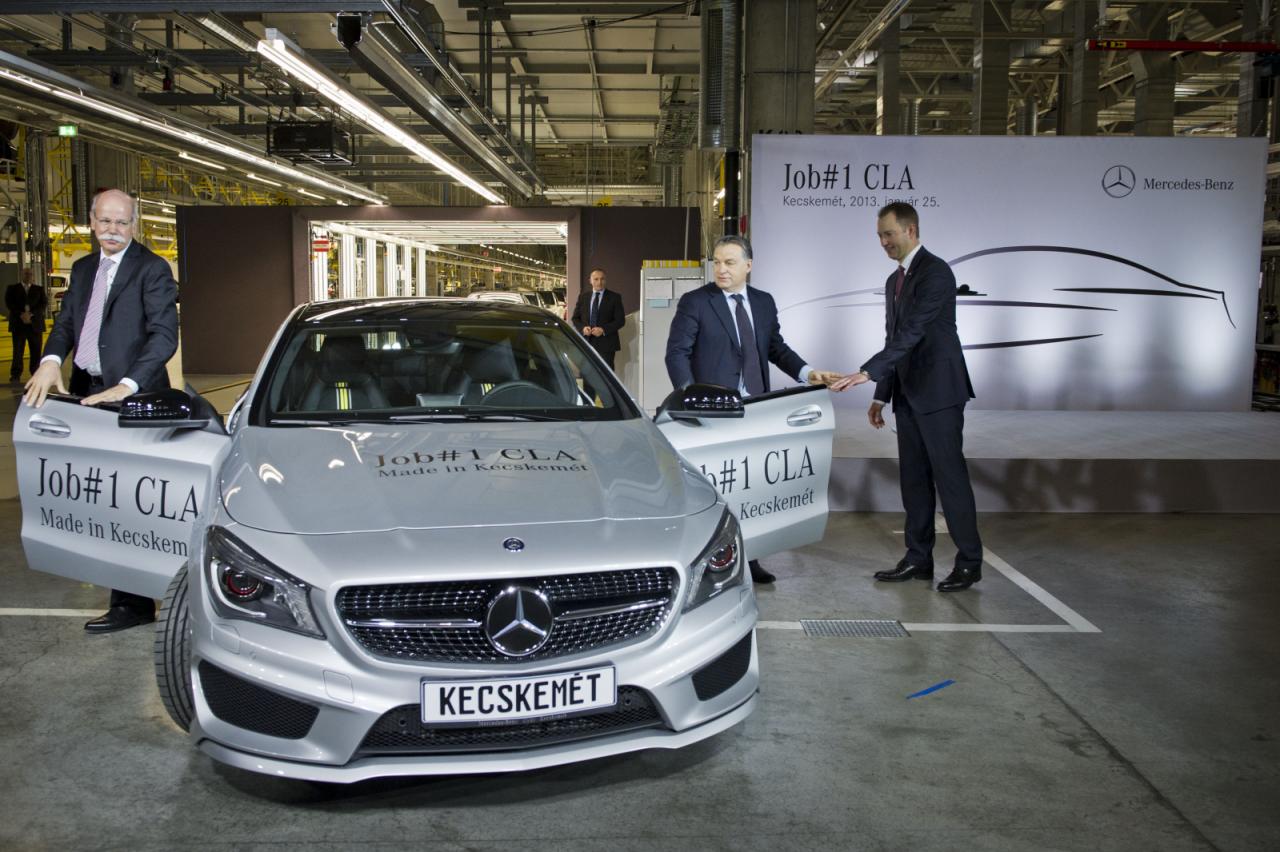 The Germans at Mercedes officially announced that the new CLA has entered series production. The first vehicle rolled off the assembly line at the Kecskemét plant in Hungary today.

Based on the MFA platform, the new Mercedes CLA is a four-door sedan which will retain several features from the current A-Class range.

One of these features is the engine range which will be quite similar to its smaller brother.

The new CLA will join the existent B-Class which is the first model produced at the Hungarian plant, a facility opened less than a year ago. In terms of styling, the 2013 Mercedes CLA gets several design cues from the Concept Style Coupe, a prototype seen in 2012.

“The plant’s entire team can’t wait to get the CLA to our customers as perfectly as the B-Class cars we build in Kecskemét,” adds Mercedes-Benz.

Deliveries are scheduled to begin in April while the U.S. market will receive the new CLA later this year.