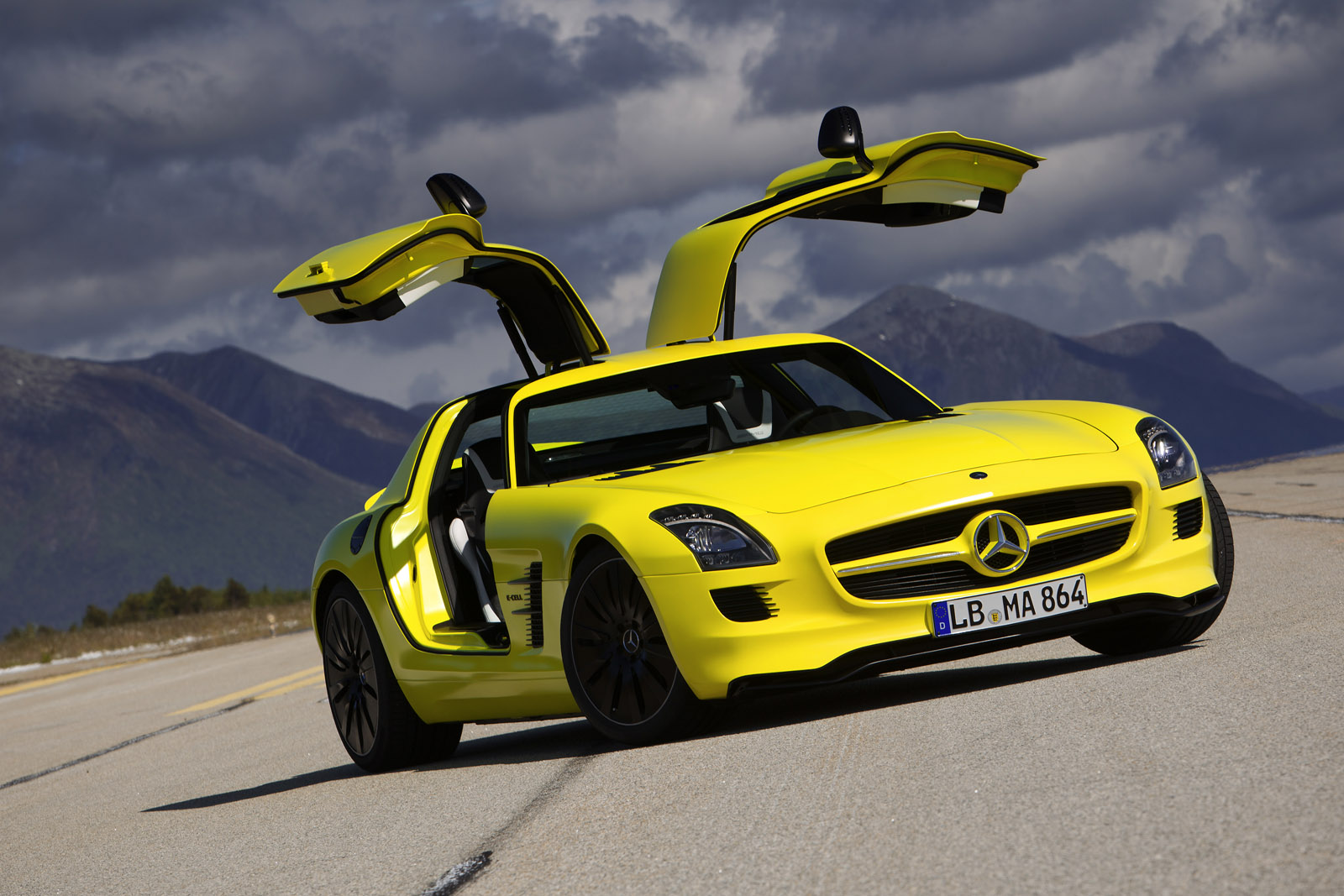 We didn’t hear too much about the Mercedes SLS AMG E-Cell in quite some time and we thought the Germans have let go of the idea already.

In a world that’s so obsessed with the electric car, the green bug and all these alternatively powered vehicles, they probably couldn’t.

That’s probably the reasoning behind Mercedes’ decision to revive the idea with a lot of talk of the SLS AMG E-Cell coming back in a new form.

New is what they claim but in reality, what they’re talking about is the convertible version of the same car.

As usual, we get to find out see some stuff about the way the engineers have had to re-enforce this and strengthen that in order to keep the dynamics the same.

It’s not really the same but it should be a worry since the Mercedes SLS AMG was always a supercar built for fat folk to showoff in.

Now that it’s painted in retina-burning bright yellow and with some electric hints written on the side it should seriously make some heads turn.

Underneath, things are seriously similar to the original car, there’s a couple of electric motors producing 526 horsepower and 649 lb-ft of torque.

With its 324 cell lithium-ion cell battery, the electric version of the Mercedes SLS AMG can go from 0 to 62 in 4.0 seconds.

Just as before, the top speed figure isn’t available yet and there’s a shady situation with the presentation of the final range of the car.