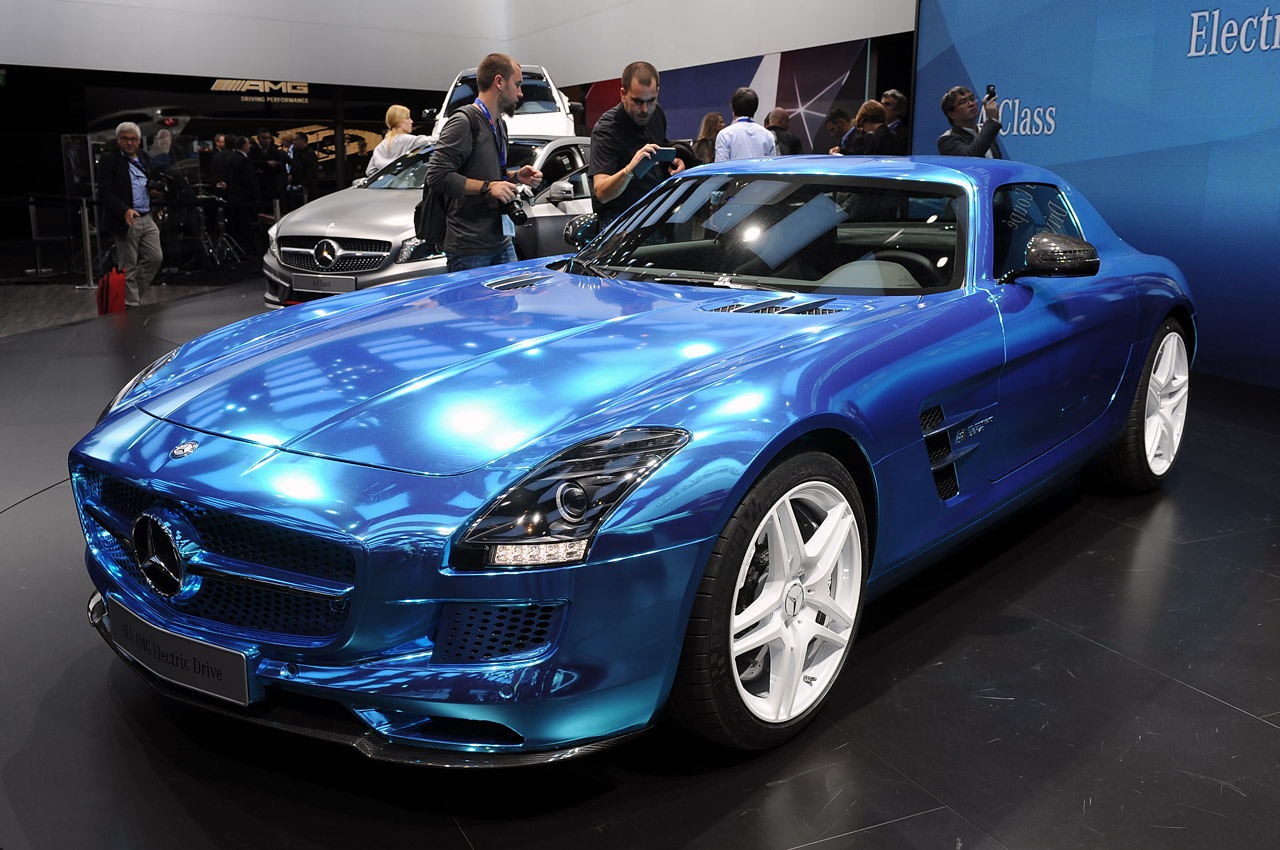 I know some people consider electric cars a tad pious. It may not be exactly manly to be seen driving around in one of these electron powered vehicles.

Not this one though. It’s the Mercedes SLS AMG but it drops the huge V8 engine for something… less fun. Don’t worry though, you’ll still look the same driving it.

Nobody will think you’re anything other than a complete tosser driving a car with a bonnet this big and a color this obvious with doors that pop up.

The electric blue paint finish is even more distracting than the E Cell‘s paint and this is something else that’s a little annoying about the SLS AMG Electric Drive the Germans unveiled in Paris.

Unlike the E-Cell, the new electric Mercedes Electric Drive is capable of more power. Because this car uses four electric motors instead of two.
5

That bumps the figures up to 740 horsepower and 737 pound-feet of torque. That huge amount of torque is crucial for acceleration but the top speed isn’t as bad as we’re used to in EVs.

Sadly, the Germans gave in and limited it to that magic figure. Range, if you’re careful, obviously, is said to be around 155 miles.

Charging times aren’t bad either as Mercedes claim the Electric Drive SLS can be charged at home in around 20 hours.

If you get past the image problem, the SLS Electric Drive has one major flaw left, it costs more than half a million dollars.