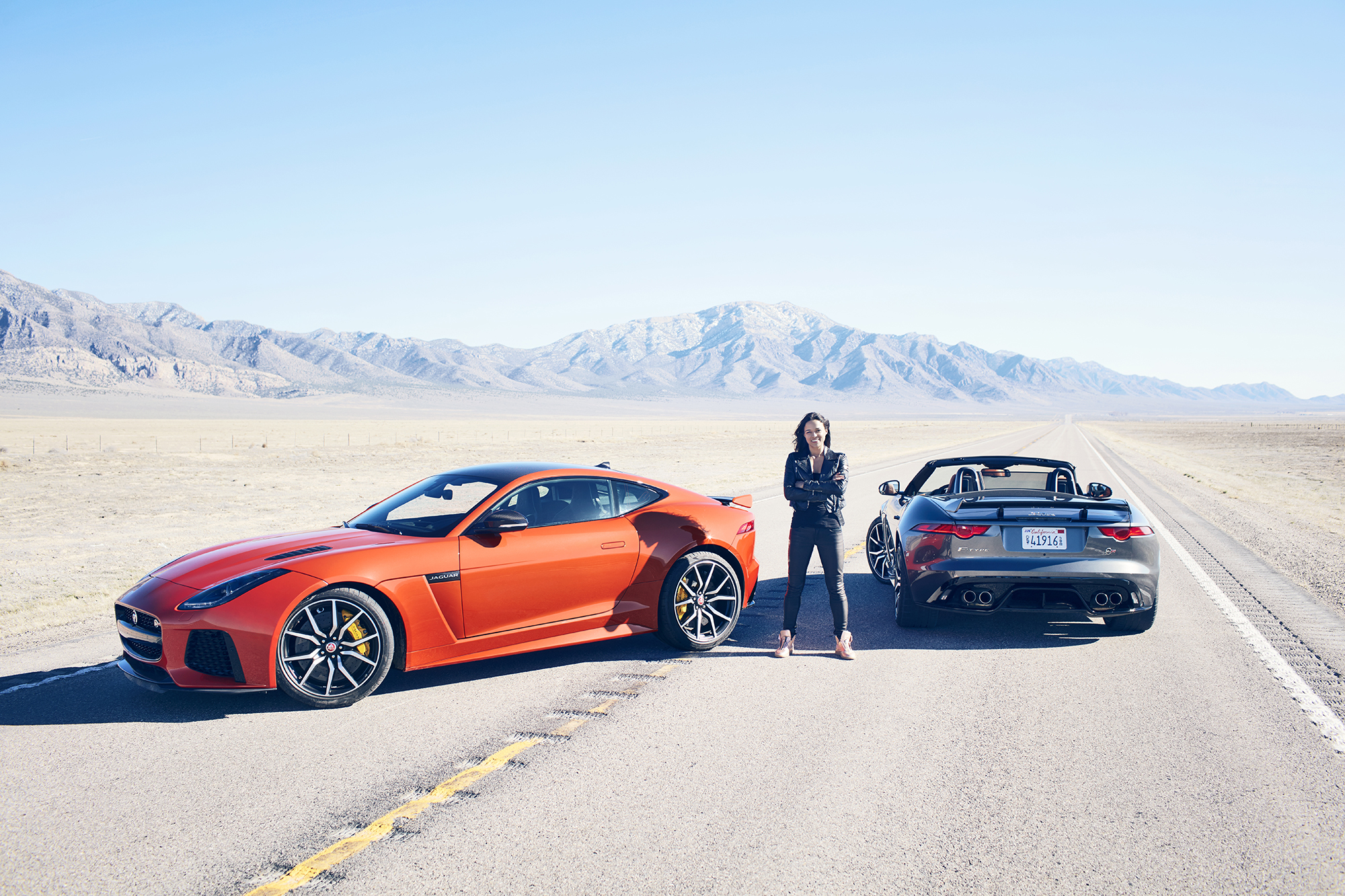 We all know her from the Fast & Furious series. She’s the brave, charming Letty Ortiz, the girl who drives the most insane vehicles possible. In the real life, in an attempt to surpass Letty, Michelle took the Jaguar F-Type SVR to its limit, reaching 201 mph!

Let’s talk a little about the technical package. The F-Type SVR is the ultimate sports car made by Jaguar. It features a powerful V8 engine, displacing 5.0 litre, capable to produce 575 hp and 700 Nm. These impressive values translate into a 0-60 mph sprint of 3.5 seconds and a top speed of 200 mph. It is the top evolution of the F-Type model, a very capable car itself. To get to these numbers, the team from Special Vehicle Operations took every aspect of the F-Type, including the design, the sound and the handling and enhanced it up to a new level. That means more power, less weight, better aerodynamics, quicker transmission and stiffer chassis, all in one package, called SVR. Anyway, the dynamics improvement doesn’t come with comfort issues. On the contrary, the leather seats, the extended use of aluminum, and the complexity of the multimedia system, with 8-inch touchscreen are really impressive!

So, we have the girl, we have the kitty – let’s let them play! Because joining such powerful personalities like Michelle and F-Type SVR is a dangerous task, they have met on a closed highway, in Nevada desert. There, the kitty have been pushed to its limits by the actress, at up to 201 mph – a personal record for both Michelle and the F-Type. At the end of the run, Michelle was impressed by the smoothness and high-speed stability of the car, and agreed that the next attempt to touch such high speeds will be also done under a professional driver’s guidance. Her previous speed record had been 140 mph and it was reached on a public road without a speed limit – Autobahn.