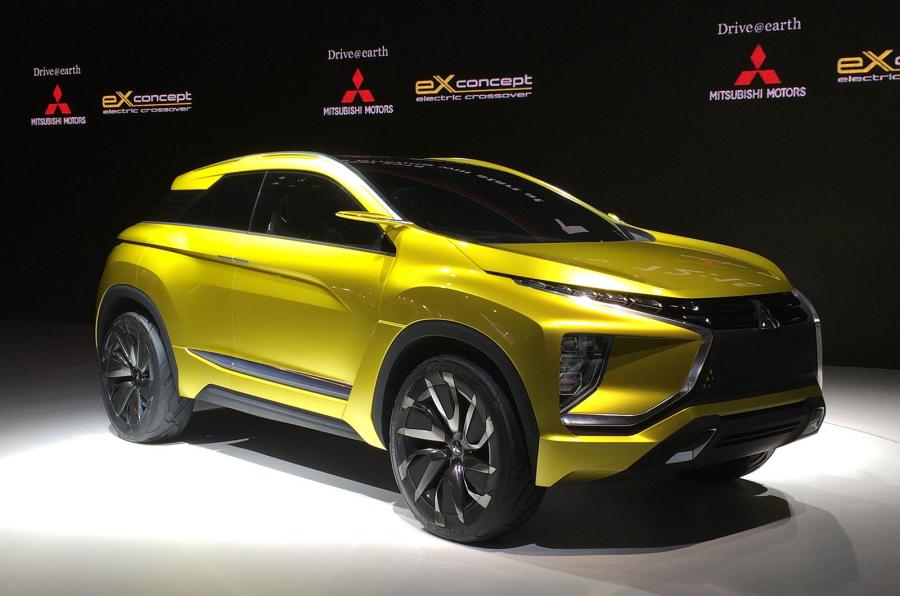 The 2015 Tokyo Motor Show has recently opened its gates with a lot of carmakers presenting their latest models. Mitsubishi has come up with the newest version, called the eX Concept (electric crossover Concept).

The Mitsubishi eX Concept was first announced in some teaser images a couple of days ago but now the model has been officially presented at the motor show in Tokyo.

In terms of visuals, the Mitsubishi eX Concept is a mixture between an SUV and a shooting brake version, a fact which will position it below the Outlander model. On the other hand, its evolutionary design will lead the way for future models.

As we can depict from the images, the Mitsubishi eX Concept features the LED technology, LED DRL`s and LED fog lamps, along with a new rear diffuser, sloping roof line, privacy glass, smaller side mirrors, as well as wider wheels.

Inside, the cabin is tweaked with high-end materials, a digital instrument cluster, enough room for four people, and much more. Unfortunately, there are no news concerning the powertrain under the hood nor the prices, but we should expect good news in the upcoming period.