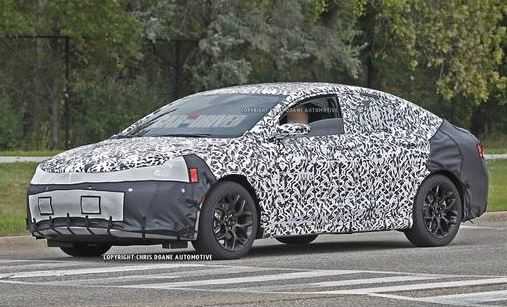 The new 2015 Chrysler 200 is preparing its launch at the Detroit Auto Show. But the company`s surprise was spoiled by some late-night photos showing the car completely unveiled.

Spy shooters were agile enough to surprise the new 2015 Chrysler 200 performing on the track. What came out was a fully redesigned coupe, with four-door-coupe roofline, acting at its max speed to impress its tough competitor, the Audi A7 and the mature Volkswagen CC.

Spy photographers also got some shots with the interior of the new 2015 Chrysler 200. It quite looks like the Dodge Dart concerning its design to the instrument panels.

The console and the center stack come with minimal buttons and knobs. Also, the rotary gear selector is a confirmation that the 2015 Chrysler 200 will be using a nine-speed automatic transmission, helping the car hit 38 miles per gallon on the highway.

No other words concerning the 2015 Chrysler 200`s powertrain, but we will find out more in about a month at the Detroit Auto Show.