The New Dakar-spec Hilux Is Slowly Becoming an African Legend 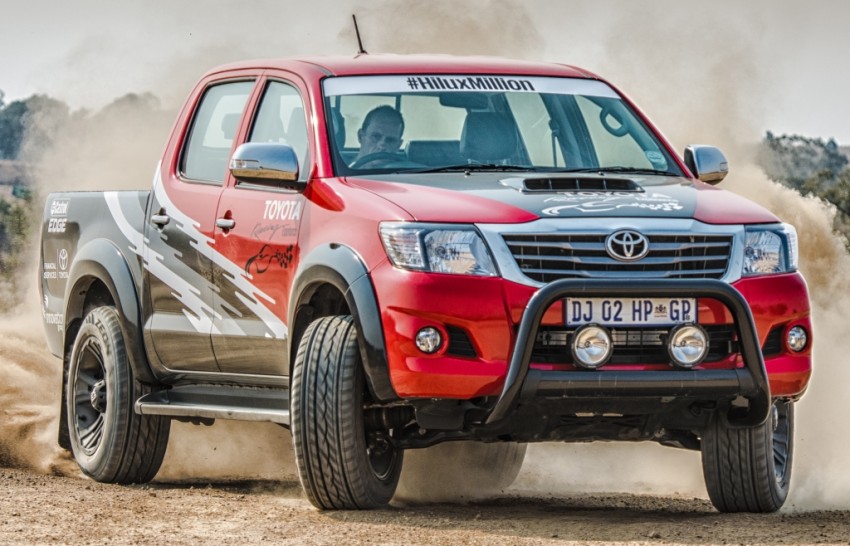 How nice it must feel… This year, Toyota South Africa had the opportunity to create another Hilux concept right after they have sold the 1,000,000th previous Helix model during summer. And if that model was amazing, this new one-off concept simply blew people’s minds. Not only is it used in traffic, but also on the streets.

Turns out the new one-off concept Helix was another great success for Toyota. If you’re still wondering why, know that it was declared as the toughest pick-up in the world after earning several prizes and scoring top numbers in races over South Africa.

The street-legal Dakar-spec Hilux was created out of this glory. One of the most important steps towards the improvement of this beauty was the engine change. Basically, they took the Lexus IS-F. As engine out and replaced it with a more efficient 5.0-litre V8.

With up to 449 horsepower and harder wires, the new Hilux has improved its speed a lot. It can go with a speed of 150km/ h on dirt. Imagine what it can do on clean surfaces.

Plus, the Dakar-spec Hilux will benefit from keeping both the original gearbox and the amazing Pectel Cosworth engine. From what it looks, this car is ready to become an African legend.